This has probably been 1 of my worst apartment experiences ever, and a lot of it has to do with the landlord. The landlord is also an attorney. He is half Greek and half Albanian. Some of the below reasons will show how my landlord lawyer lies about things, and is really cheap (money-wise).

I won't cover the very beginning details of when I 1st moved into my 2nd apartment because of what I had already typed 13 months ago. But there are several things fishy about my apartment.

3.)The case with cockroaches. Face it, for 13 months, the apartment has always had a cockroach problem.

Cockroaches have gotten under my blankets in the closet I sleep in. Cockroaches have chewed up my suction-cup that I use to hold the contact lens that I put in my eye. (For example, on the night of March 12, where my lab ended at 10 p.m. and when I come home after 10:50 p.m. after grocery shopping, I removed 8 cockroaches from my apartment). Or on April 2, 2008, around 12:30 a.m., as I went into the bathroom a cockroach fell from the ceiling and landed on my head and I ran and shrieked out, where I later killed 5 bugs that day. Or on a day where I saw a cockroach on my spoon.

4.)The case with the water output of the shower.

On January 17, 2008, Thursday, my class ended at 5:00. When I got home, the homeless person snoring down the hallway (that was there earlier that day) was no longer there. I came home to find the apartment's water was shut down. I actually assume it was the case for the entire building. But outside, I could hear a lot of workers walking around and talking in the cold winter. Later, the water was back. I tested this via the sink.

On January 21, 2008, I saw a 2nd cockroach in the bath tub. I turned on the water to rinse it down... but guess what.. the shower only outputted a thin 'string' of water.

It was not like that before. Before, for the past 3 months of living there, the water outputted like 5 fatter strings of water. Still not a lot, but bearable.

But this tiny string? Simple. I haven't showered in my apartment since. I washed myself in the kitchen sink from them on. Part by part. I recall testing the water of the shower like the next day or so and still the same result.

5.)The case with my landlord - how he lies about things.

So some of you know about that homeless guy, whom took a dump several times in the apartment, such as on the stairs indoors or in the garbage can by the laundry. The fact that he once threw a rock at a window and shattered it, causing vandalism.

But on the day he stole my bike, the locks, as usual, didn't work, so he broke the wooden leg of the banister where I locked my bike to and he stole it.

But anyways, when I got him arrested for the theft, I told my landlord about it, and he goes "Oh good." On the phone, he said he wanted to get him for no trespassing. I gave him the number of the police officer at the courts that would process him in for other crimes he was given for other police reports. I also told my landlord the homeless person's court date, 6 weeks later..

My landlord told my downstair's neighbor that he will show up in court... to prosecute him.

On day of court, my landlord did not show up. Not only that, when the public prosecutor read the charges of the homeless, it only listed the theft for my bike... not for trespassing or for vandalism or whatever crime taking a dump several times is.

Now, my landlord had the opportunity to / could have redeemed himself, by calling me some time after on the reason why he couldn't make it to court or an apology. That didn't happen. In fact, we haven't had contact for months. It was all forgotten.

I lost a $200 mountain bike cuz of him... (at least according to the police officers at the police station, asking how did the homeless get in the building, in which the locks still didn't work, faulting the landlord).

So no, my landlord won't prosecute that homeless guy. Why? Because there's no money in it. Homeless people have no money.

6.)The case with the neighbors.

My downstairs neighbor has had her mail stolen, as she tells me, as well as, her laundry stolen, when her clothes are in the dryer. And then, she knows whom the people are. She reported them to the landlord, whom doesn't do anything about it. She says to me, he doesn't kick them out, since they pay rent a week early.

I first toured my 2nd apartment on October 12, 2007, Friday, after school, around after 3 p.m. This was after making a phone call to the mother of the landlord 2 days ago on October 10. So I met my 2nd landlord whom was an attorney, nearly 40. And toured the apartment.

Since I was a young teenage male, he wasn't big on renting to me. The previous tenant was a Romanian woman. He told me upstairs was a 2-sister nurse. Below me, was an old lady. He gave me rules such as no partying, no loud music. And that he may not look like an attorney but he was 1. He said I had to get a 12-month lease, so I couldn't leave whenever I want. Luckily, that never happened! :)

Now something was fishy. The ad said the rent was $450, yet when I asked him the rent he said $475. Obviously, I didn't comment against him.

We met again the next day, where I paid/payed him $475 for the security deposit, then another $475 for the upcoming November rent. I got the keys.

Although I didn't ask for it, I was not given the key to the mail box (ever). Good thing I never established mailing-residency there.

Then the next day, Sunday, October 14, was my 1st day of moving my stuff from my 1st apartment to my 2nd.

The day after that, I got a call from him at 8:49 a.m., where we decided to meet at 1 p.m. again.. He went the "are you sure you want to leave, you're welcome to stay longer" and I made the "Oh, I left yesterday around 2 since you didn't show up," and he made the "Oh you know what, I'm sorry, I accidentally marked down today at 1, not yesterday." He did not show up at 1 p.m. At 1:25 p.m, he called me saying he is in a rush and will be 5 minutes late.. Then, at 1:57 p.m., he called saying he was at the back door, and that it was locked, since he thought it was unlocked, and that he didn't have the keys for it, and for me to come out and unlock, which I did, and I let him in. And he wrote me my secueity deposit back.

The sad thing is, I really double-dipped, paying for 2 apartments at the same time. 100% of this apartment for February and 500/550 for my 3rd apartment. Oh well.

These photos were mostly taken on February 14, 2009, the day before moving out. 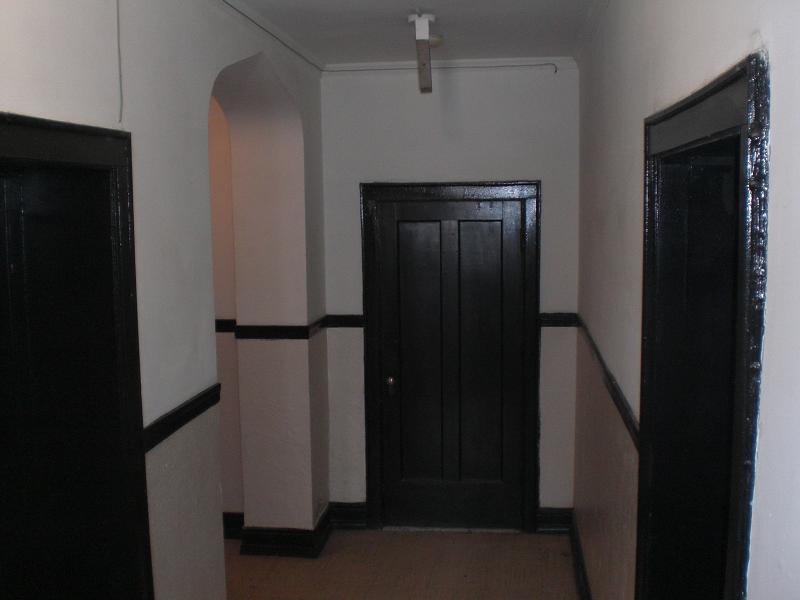 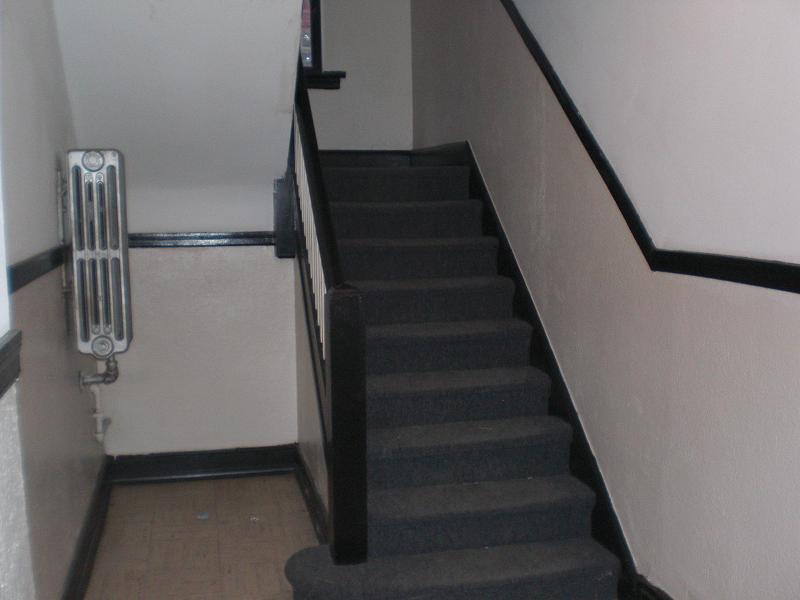 And at my floor, looking back. 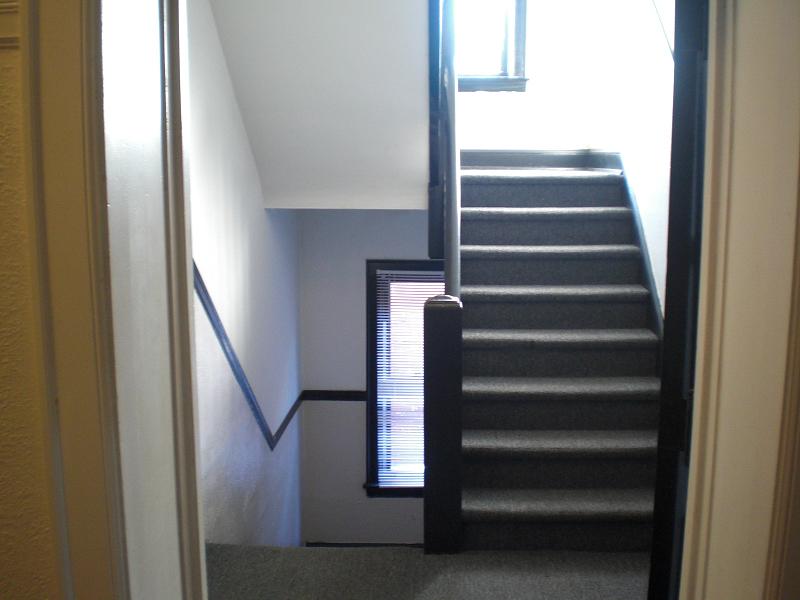 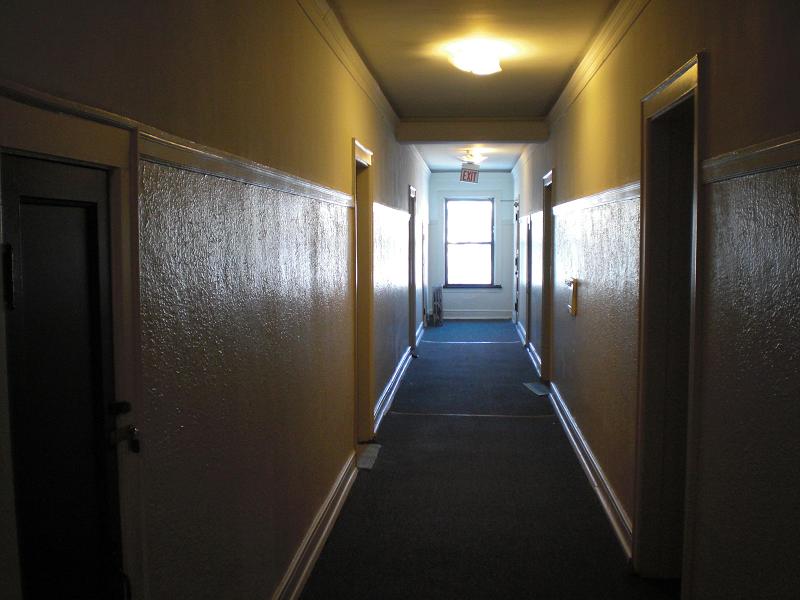 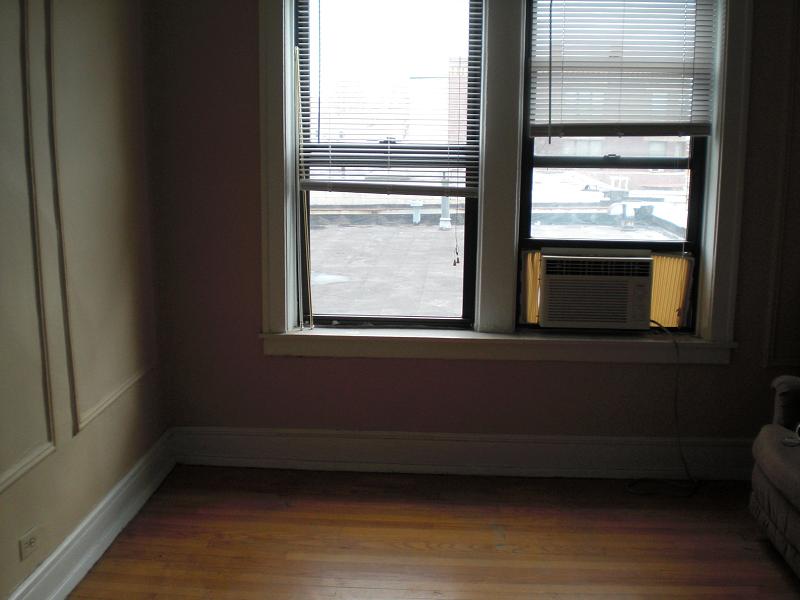 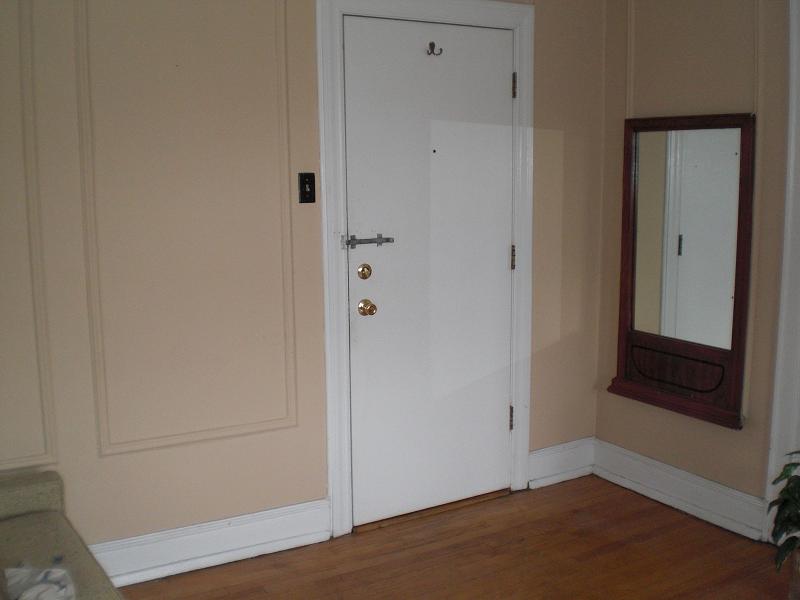 I slept in the closet! 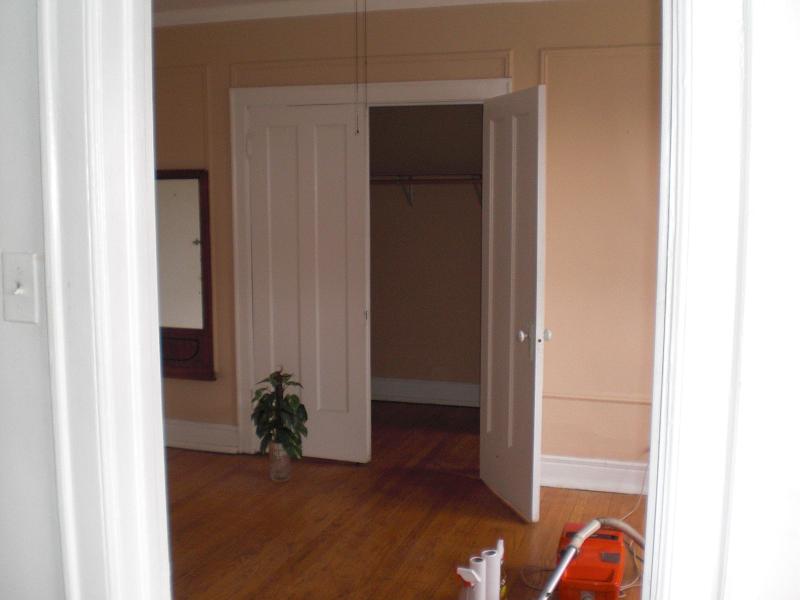 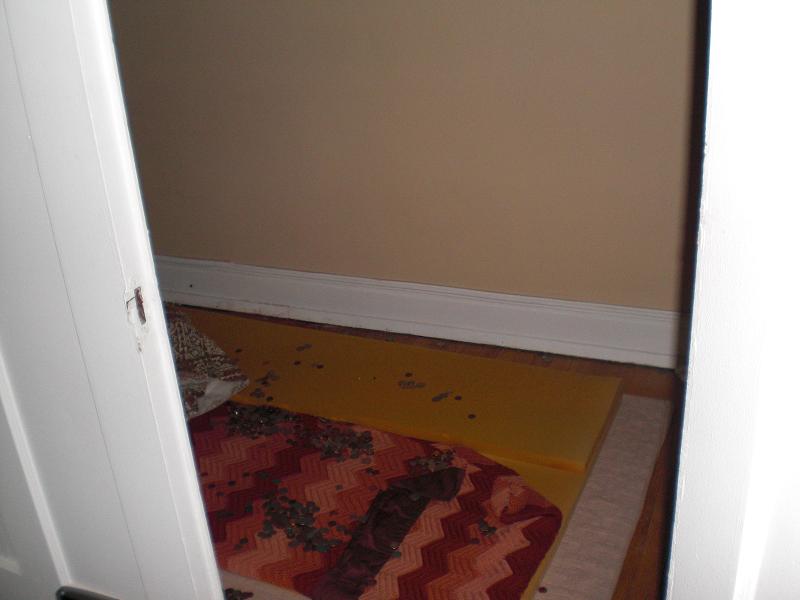 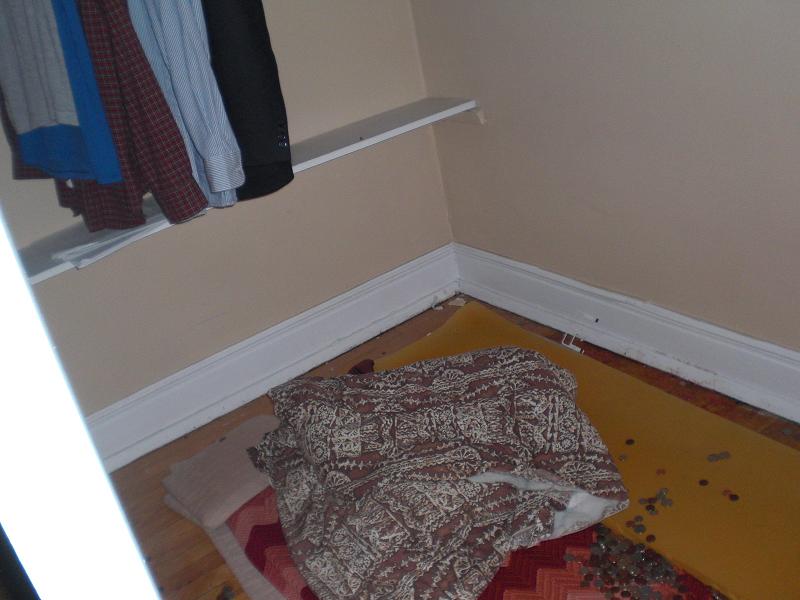 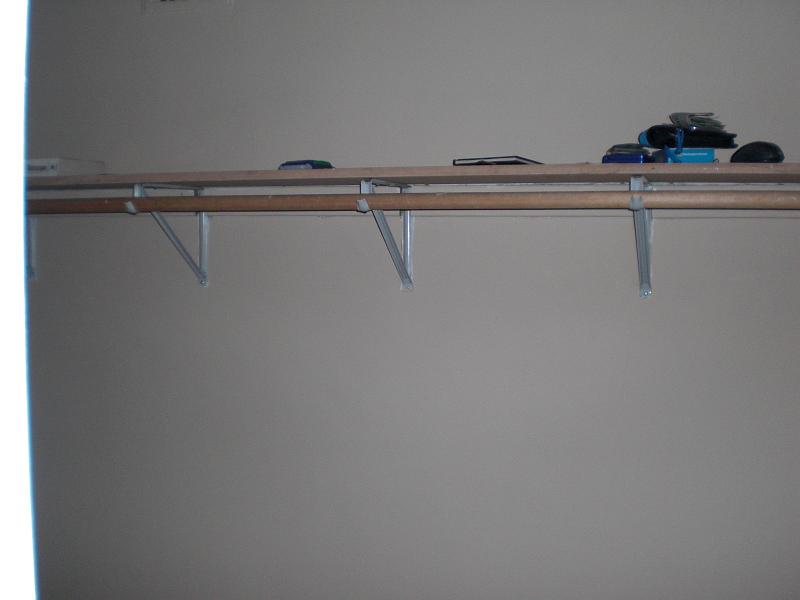 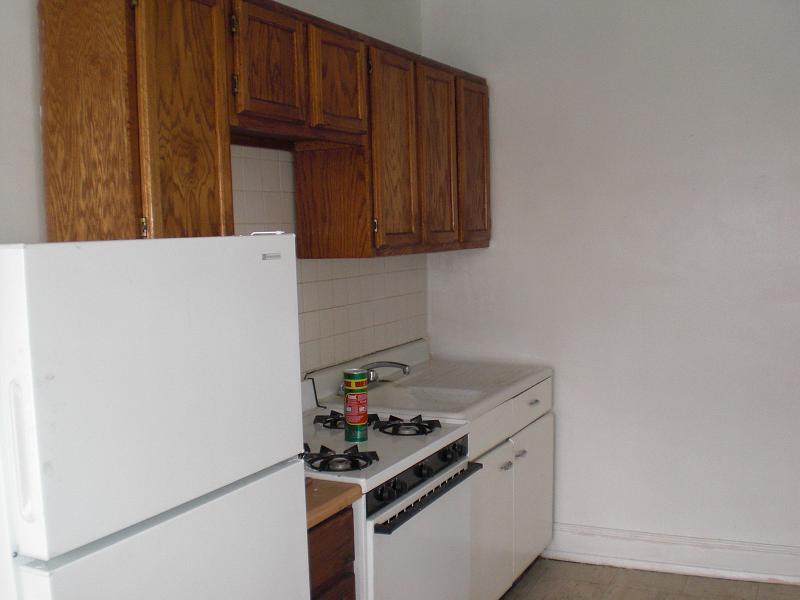 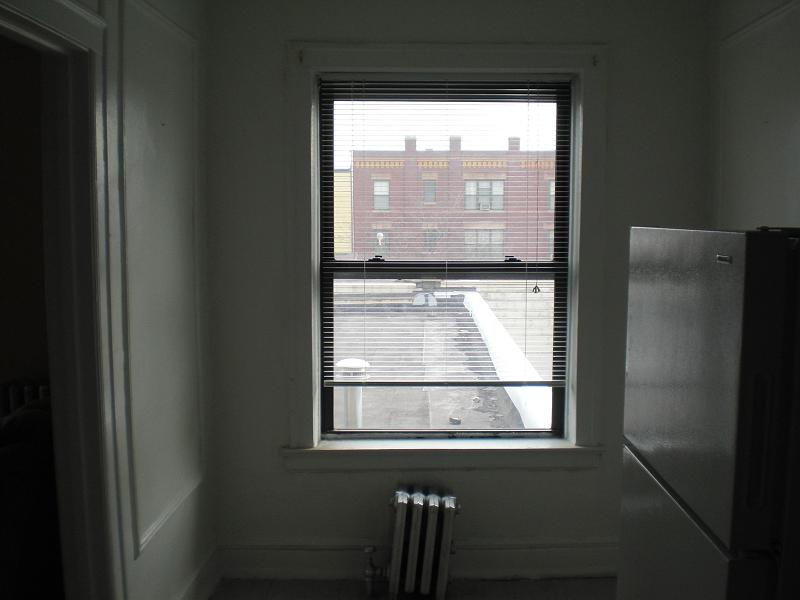 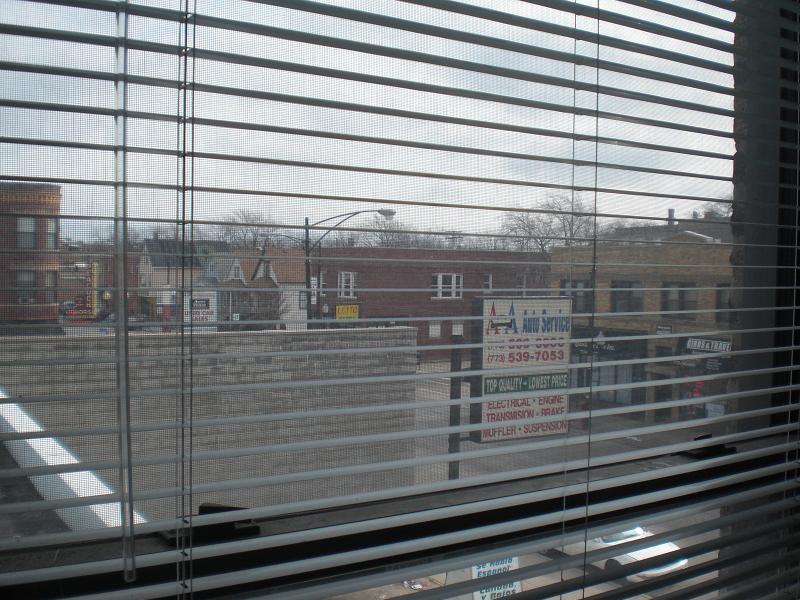 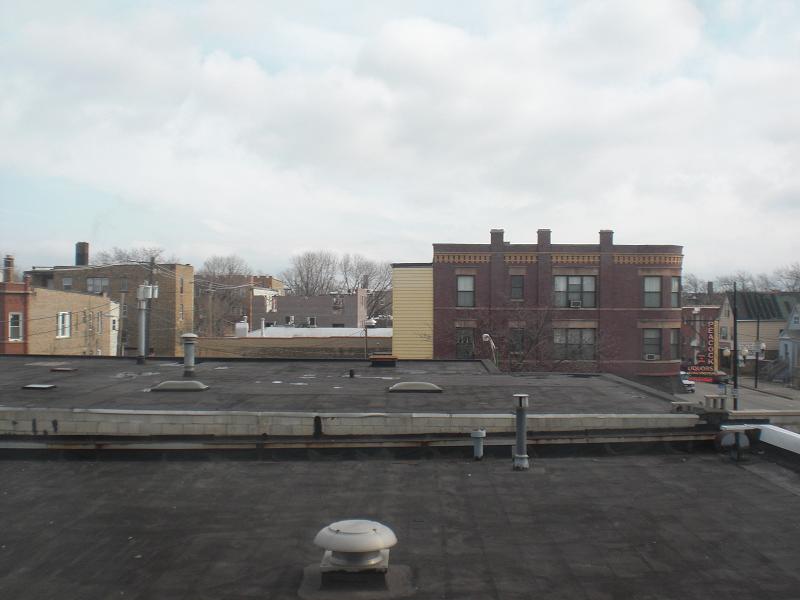