Welcome to my 1st public gallery of incomplete sewer photos.

Me right under the Brown Line station on Irving Park Road, 4000 N. 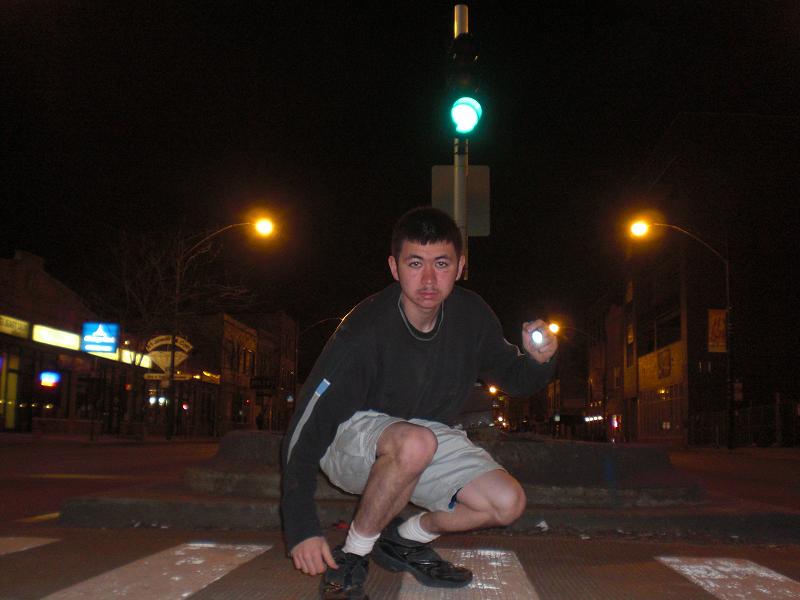 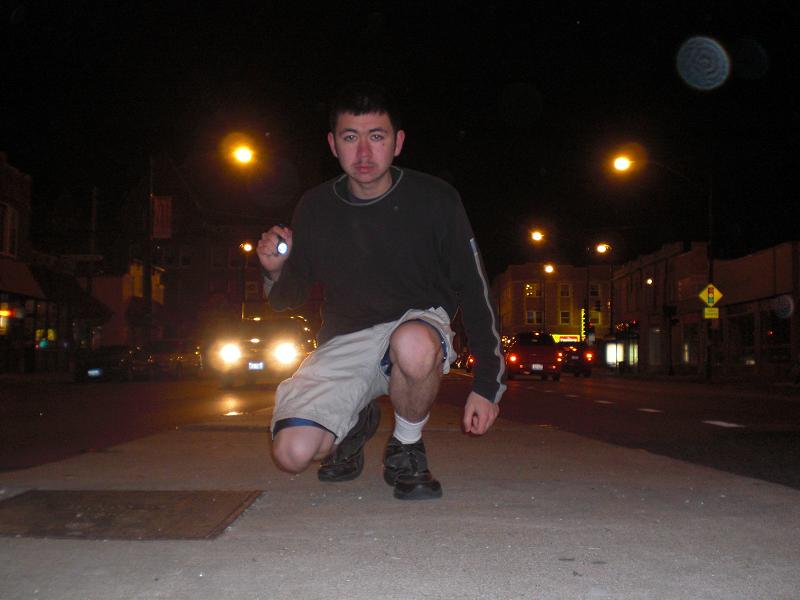 I was wearing shorts as I was prepared to get wet. (In case I do get wet.). 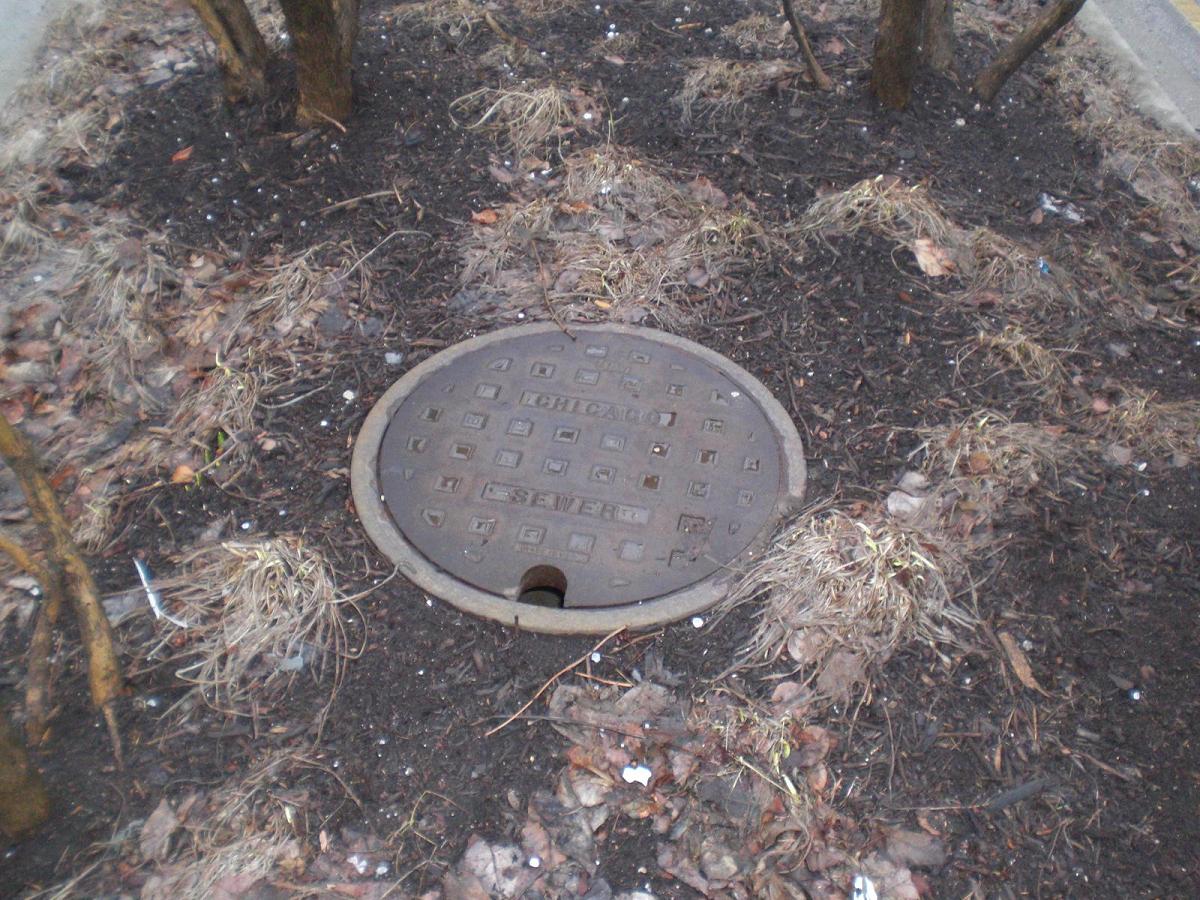 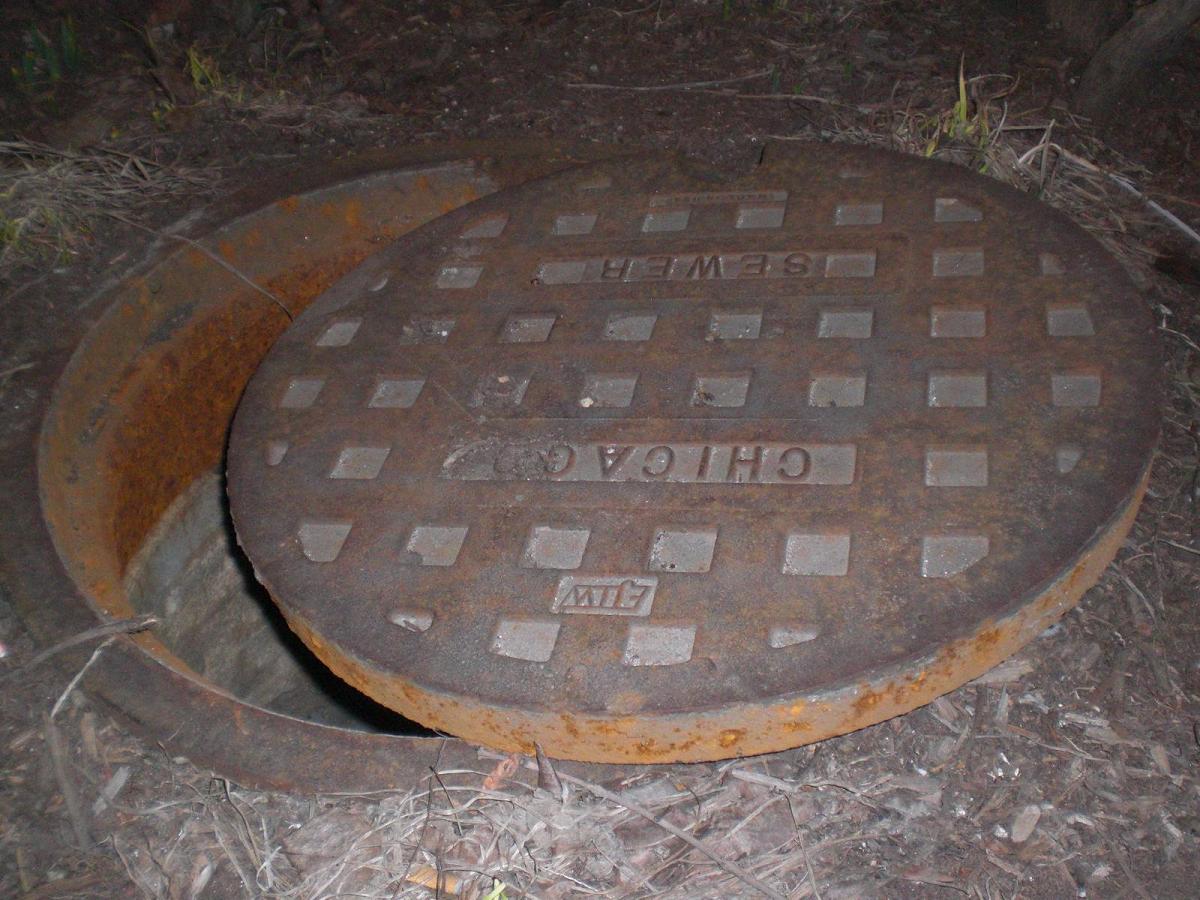 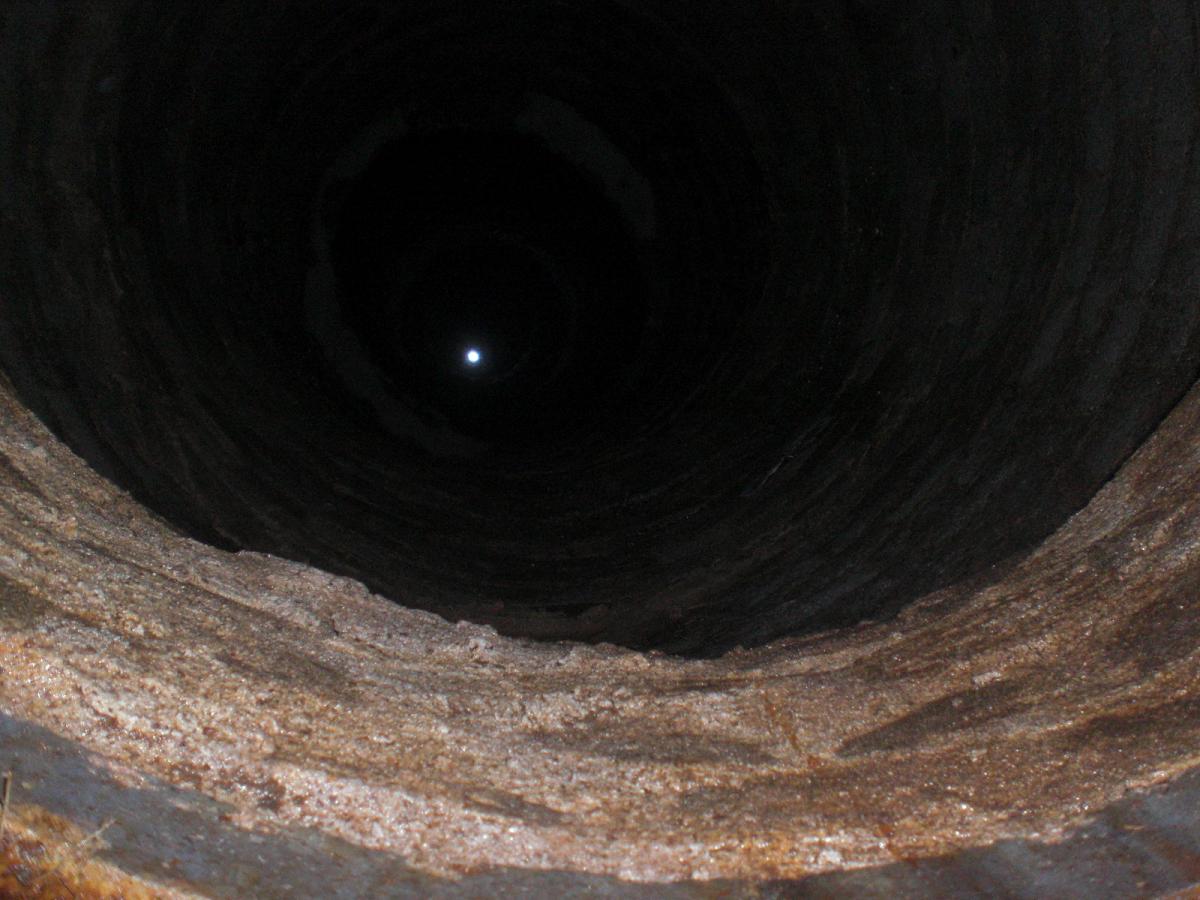 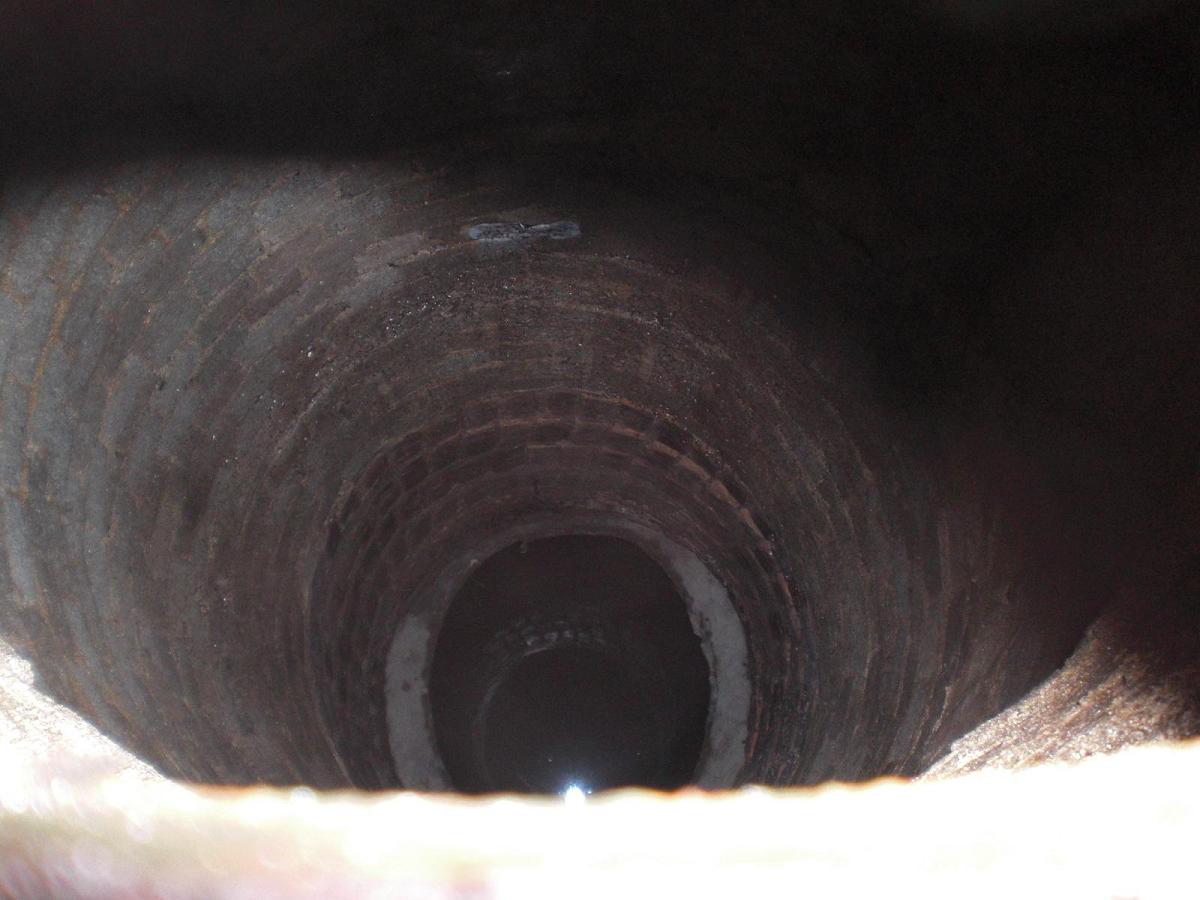 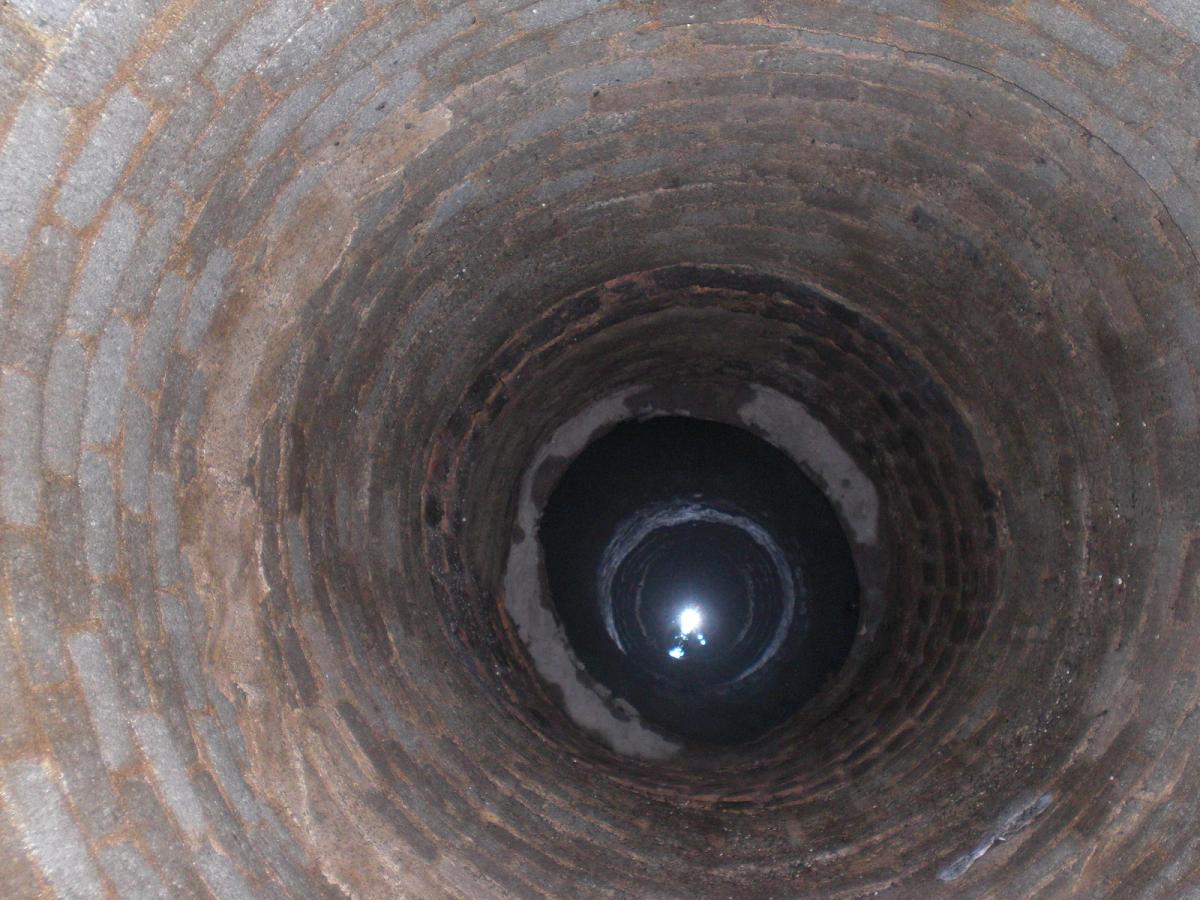 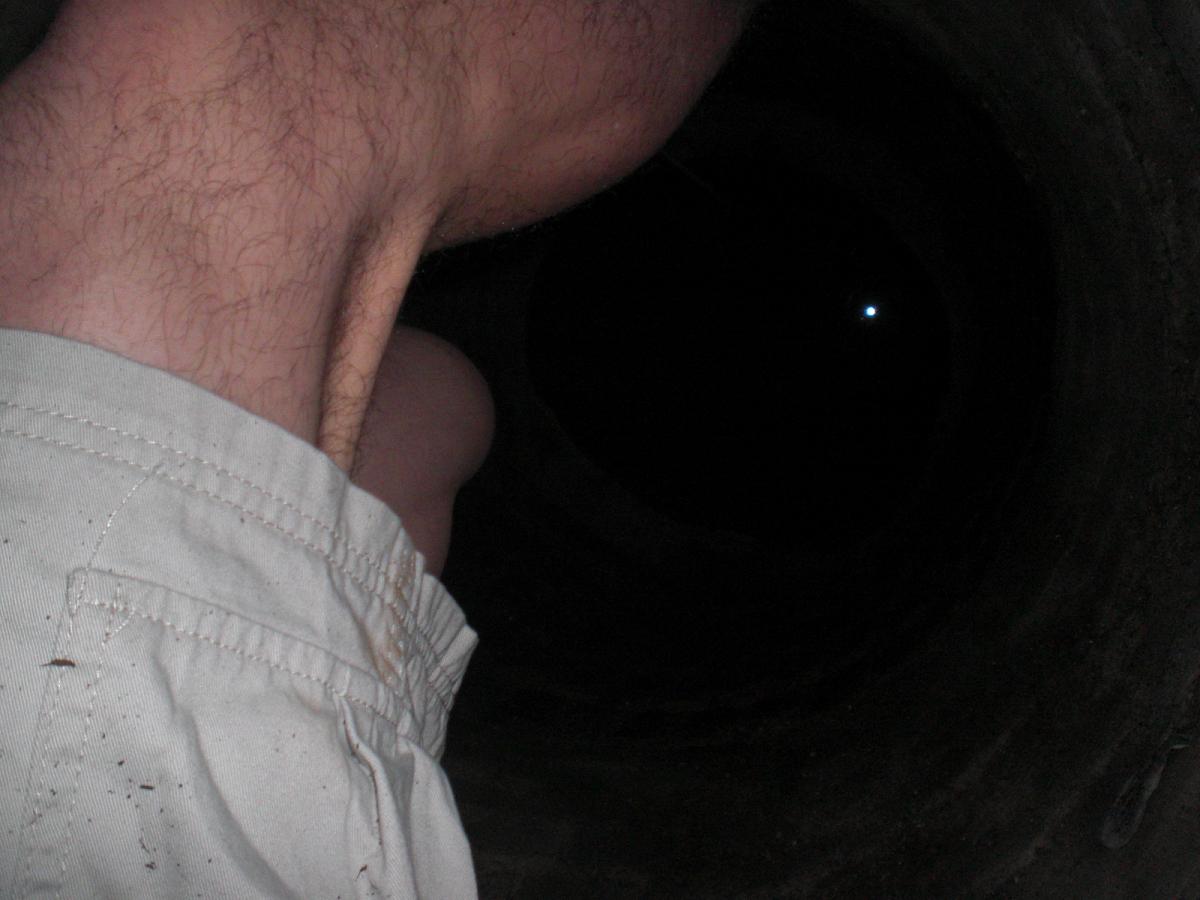 Okay I guess there's nothing to see. This is just a well?

I guess I could go scuba-diving someday and find out! 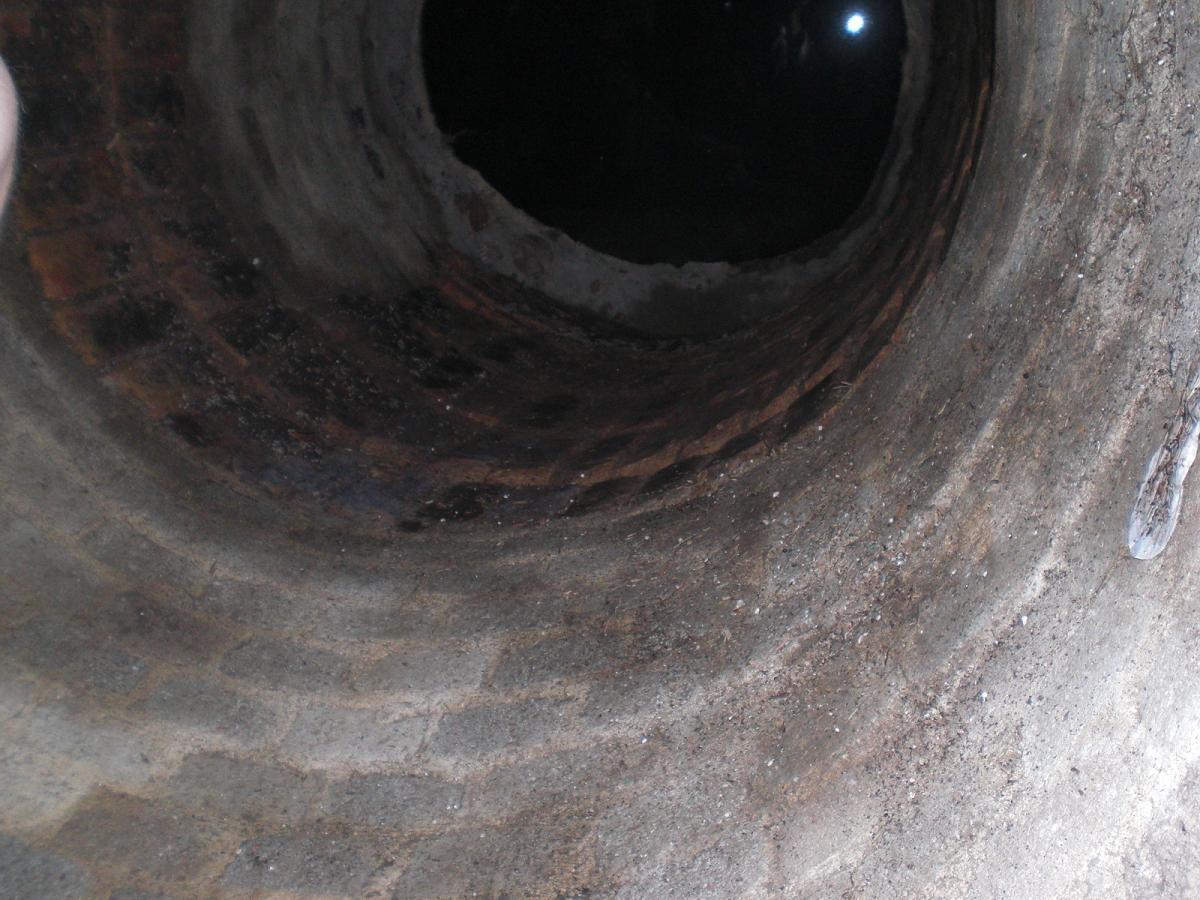 Okay I'll show you my secret. See how intelligent I am? 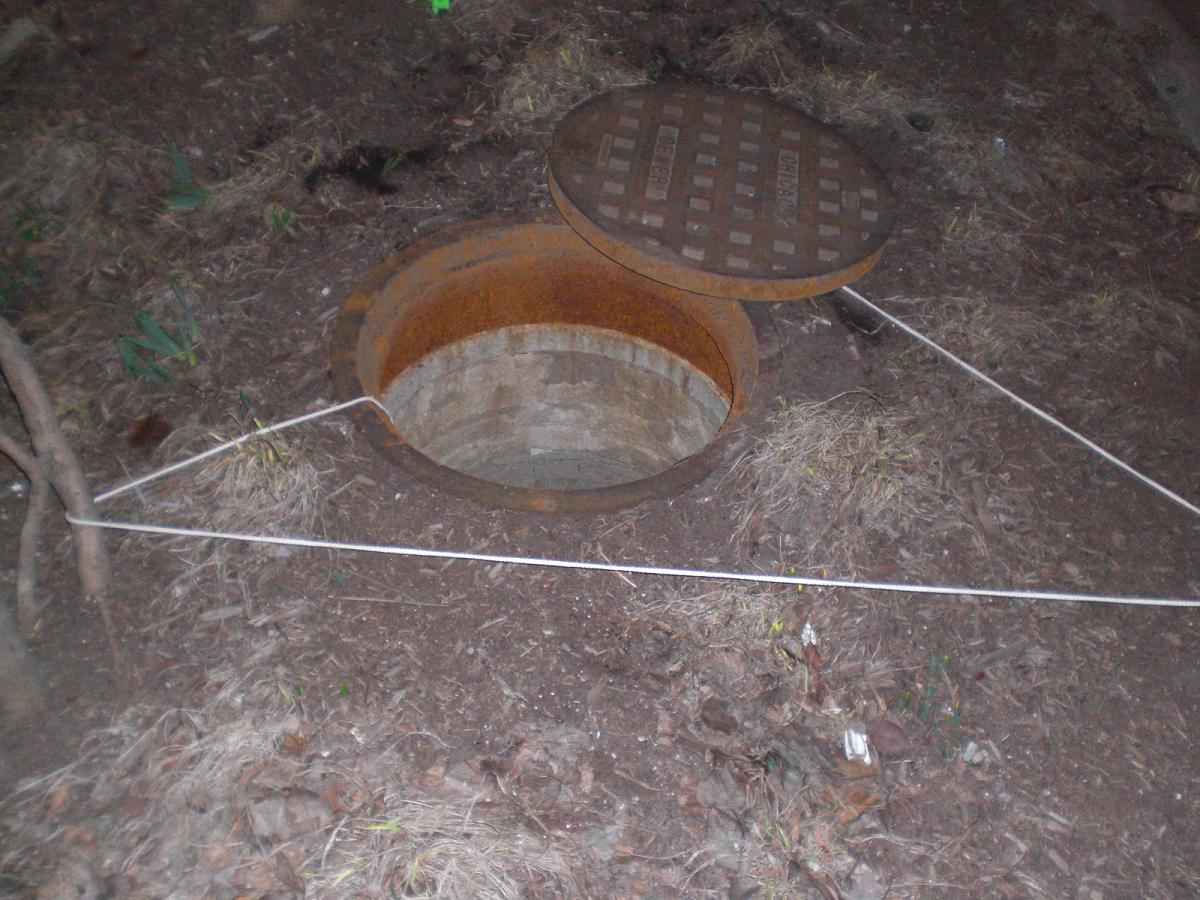 Now you know why I picked this location manhole. Cuz it was by bushes! 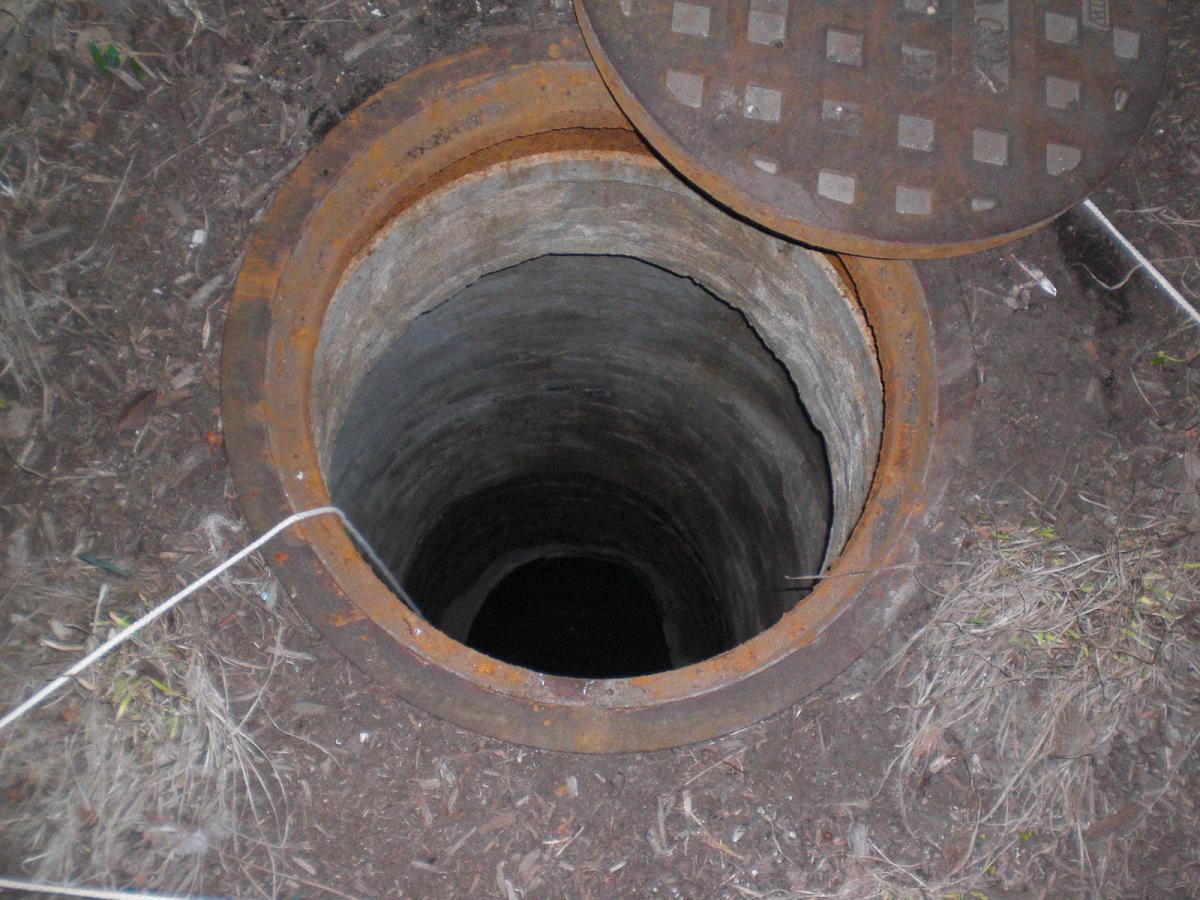 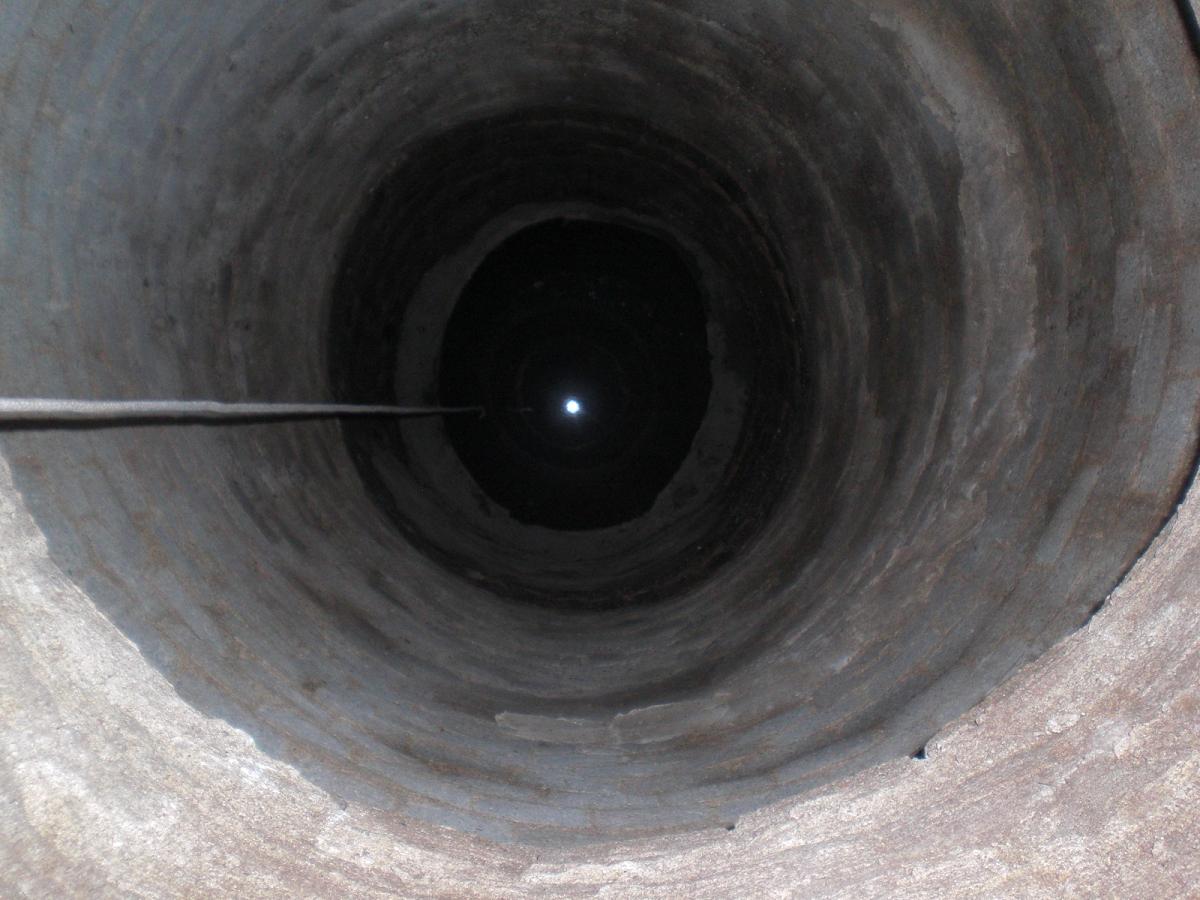 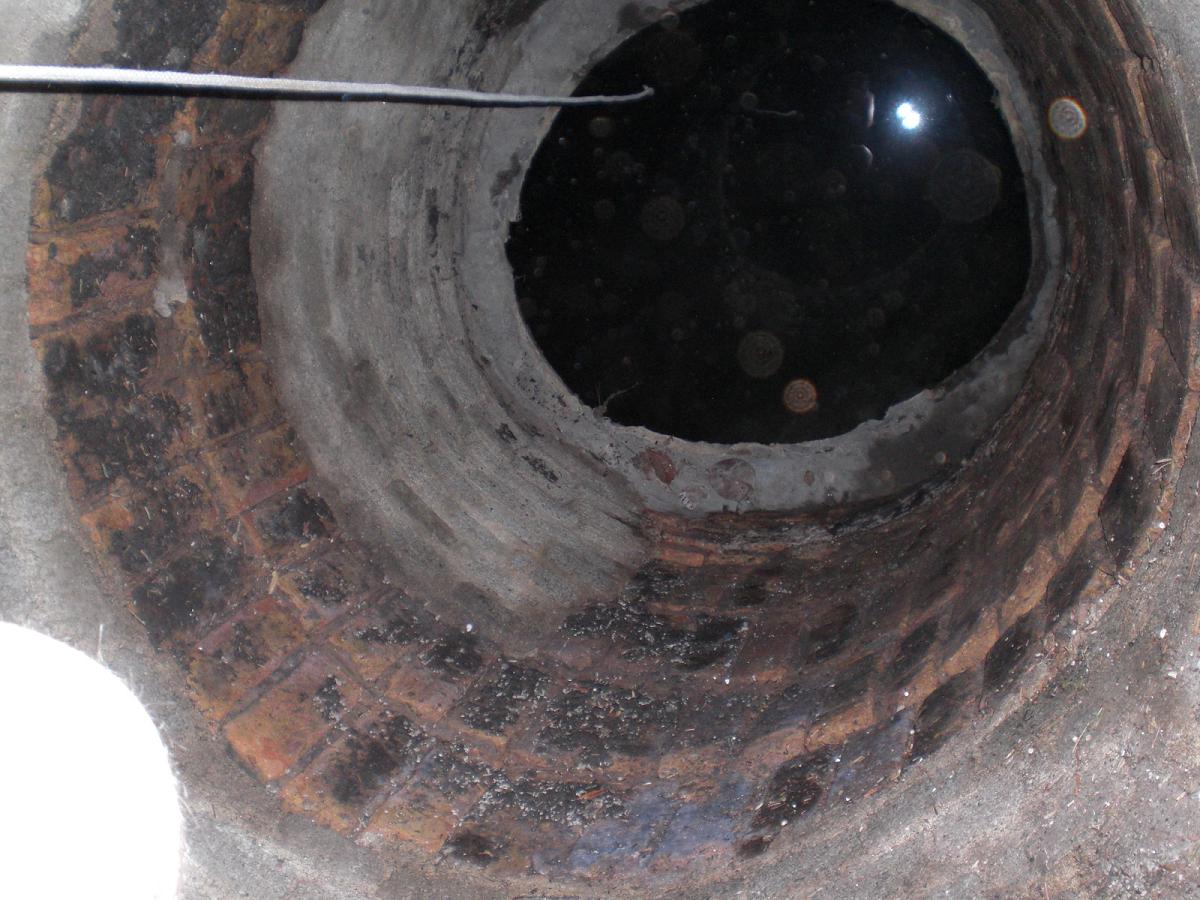 I couldn't go down there on March 14, cuz that was in a week before St. Patrick's Day, and the place was filled with drinkers and taxi cabs were everywhere. This particular part on Irving Park was a high bar area.

But it was slightly smoother on March 18, where I actually went down, but there were still people. As I came climbing out, a group of 2 guys and a girl was on the sidewalk waiting for a cab, and as I was sitting down, the girl goes "You okay?" and I say yea. None of them came to see the sewer. Guess no 1 else is interested in it like I am. :|

Before that, while I was sitting down on my butt while putting the rope down, another girl on a bike was passing by and saw me and shouted "Not wise to pee down there." Hey, very funny. I swear, this is the record that any females hollered at me.

All these bars out there, and these were taken the day before I turn 21. In 22 hours, I would be eligible to go into them, ahah. 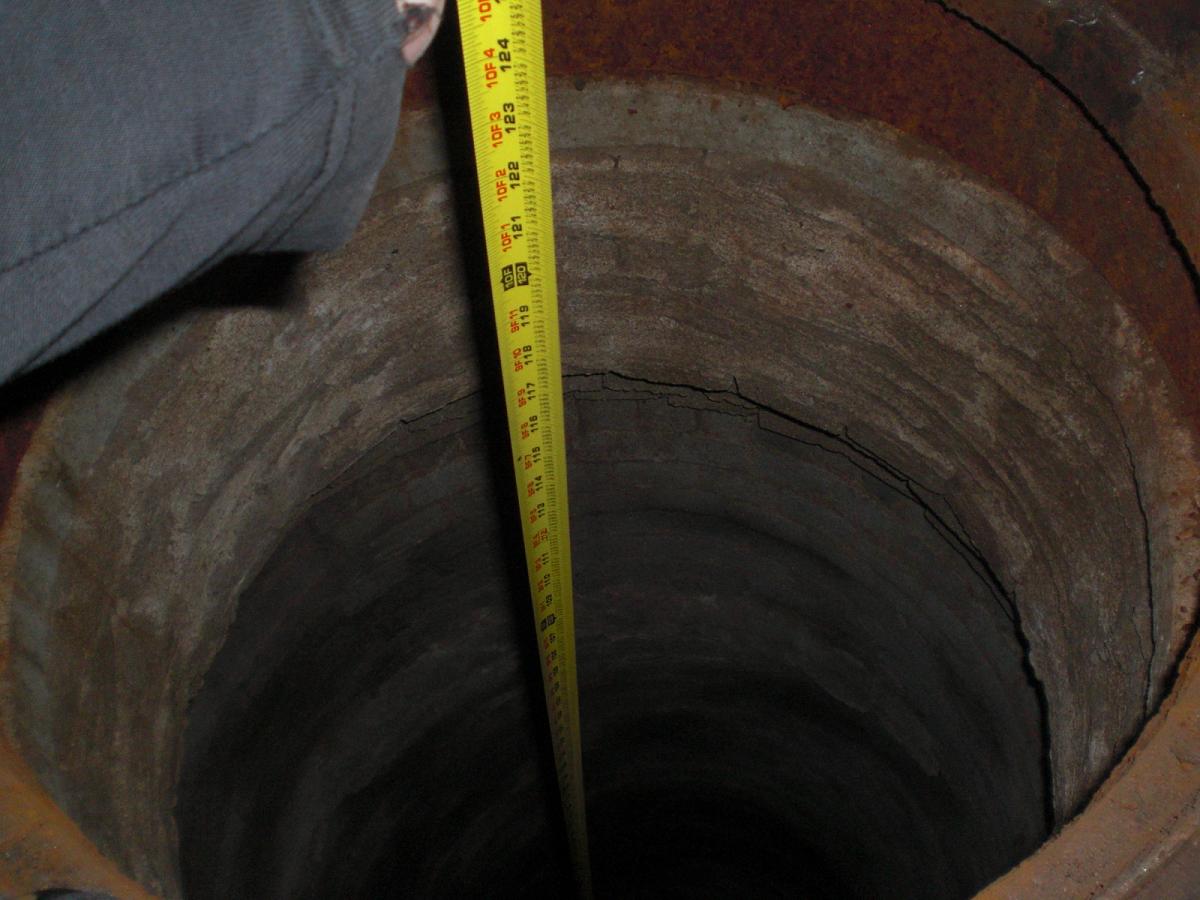 2:19 a.m. Looks like the total depth before touching the water is around 13 feet. But I did not want my tape measure to actually get wet, so it is an undermeasure. And my tape measure's limit is 25 feet. 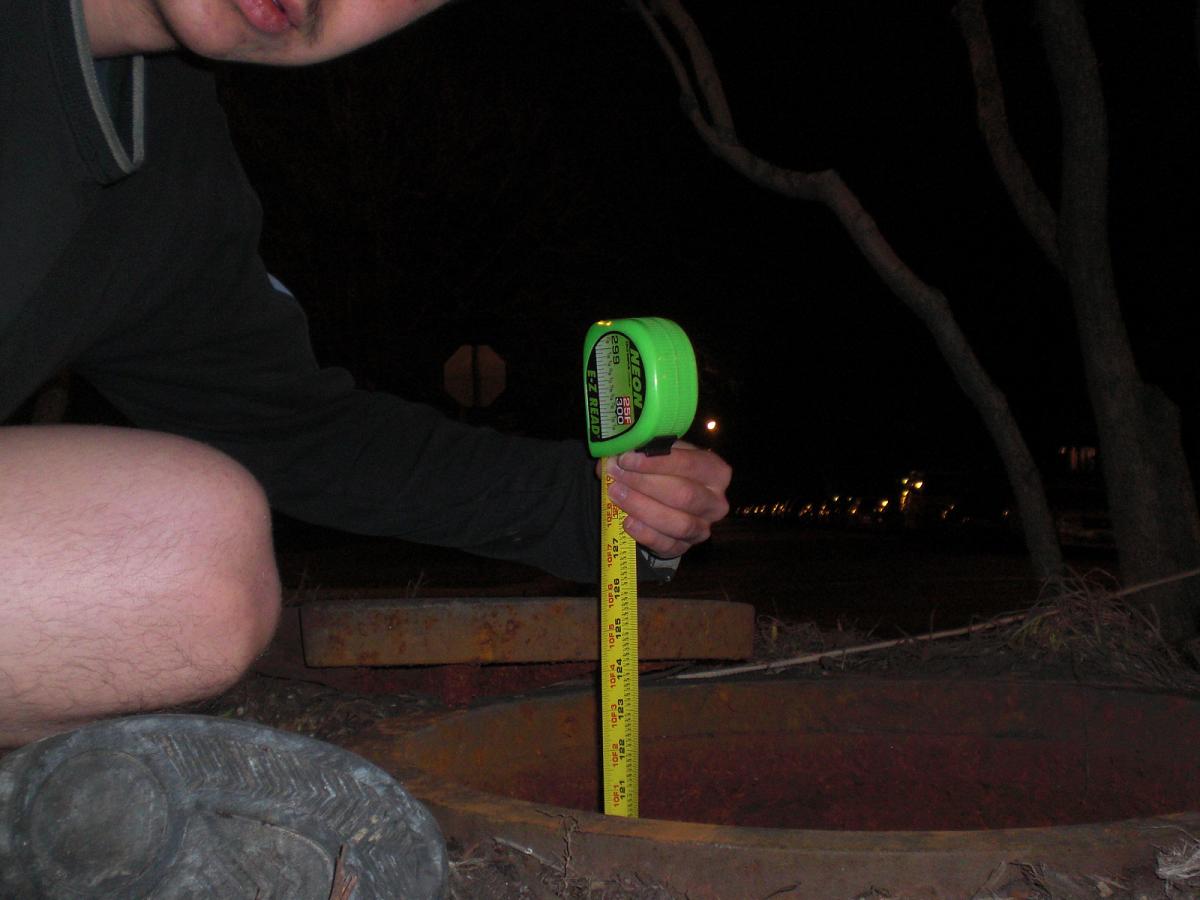 After I finished measuring a group of guys outside a bar saw me come up and close the lid, I think. I better check up on Criagslist in case any of these people added something.

2:32 a.m. I left and was heading west to Western to catch the Western bus, and decided to take some more photos of manhole lids through the holes on Irving Park. 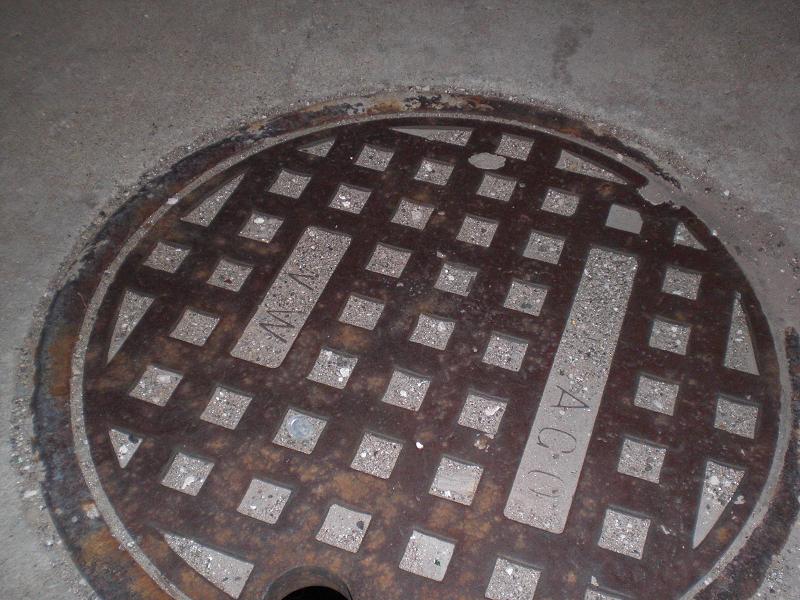 This 1 had a thin pipe going through it, which would make a nice rod to hang clothes on. 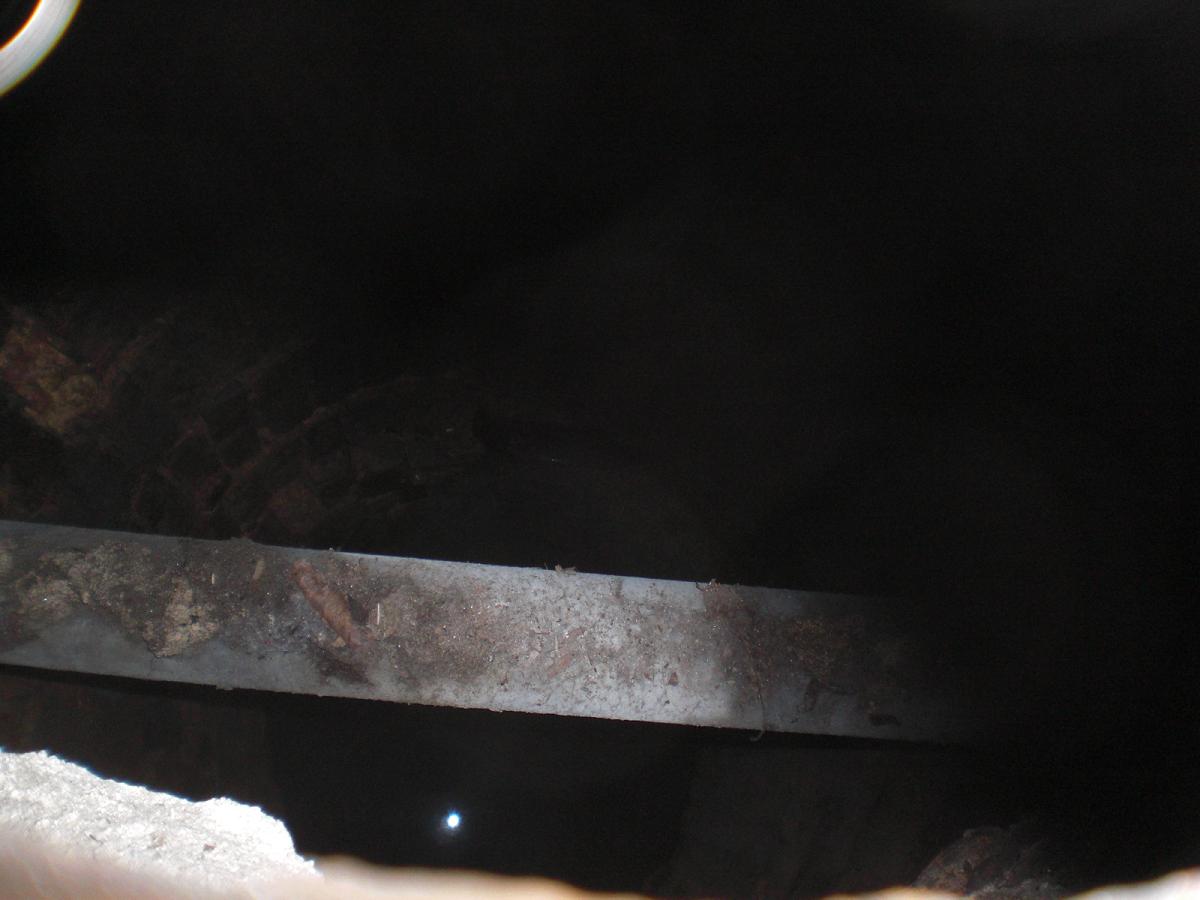 2:34 a.m. Here is another 1 (different manhole) but with steps. I forgot to take a photo of the lid above it. 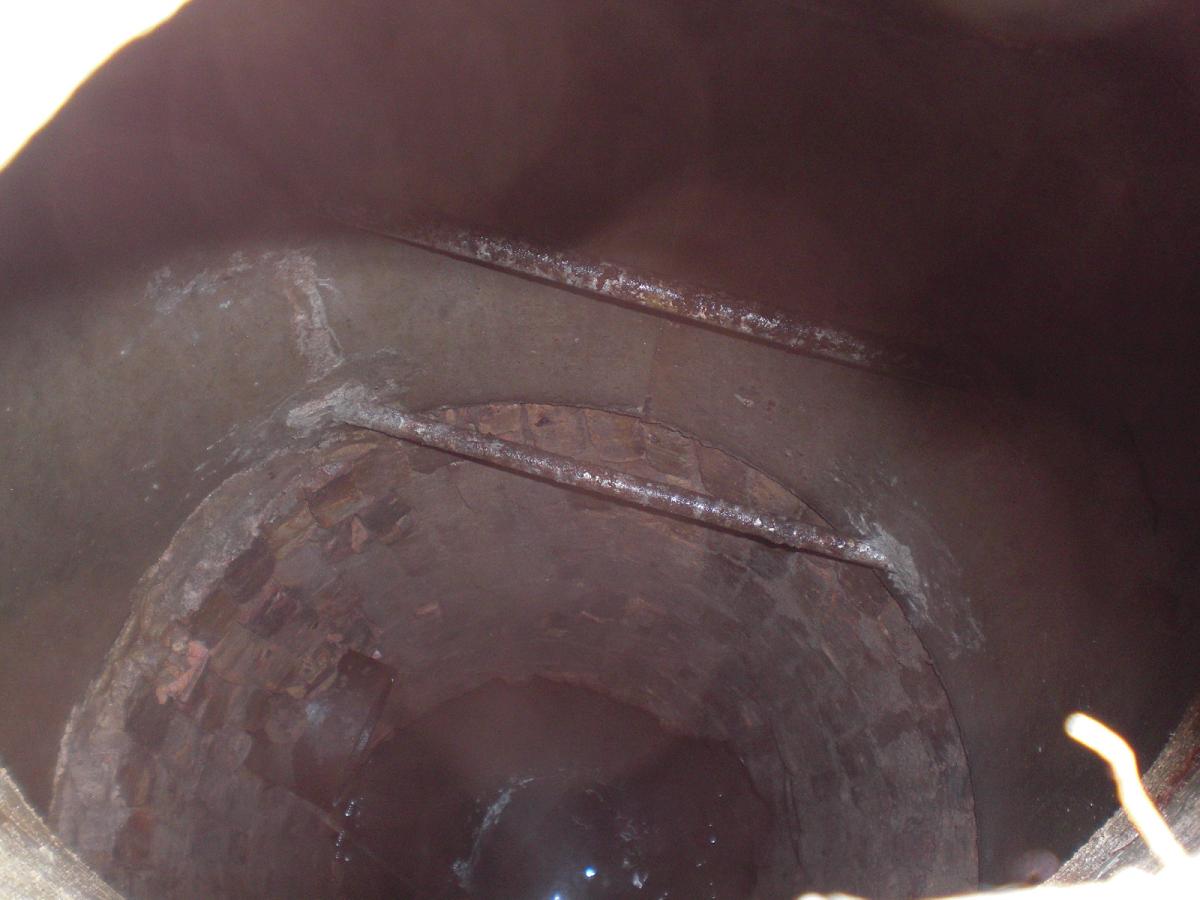 2:39 a.m. And a last 1. This 1 is actually much much better than that stupid well I went down. It actually goes somewhere. 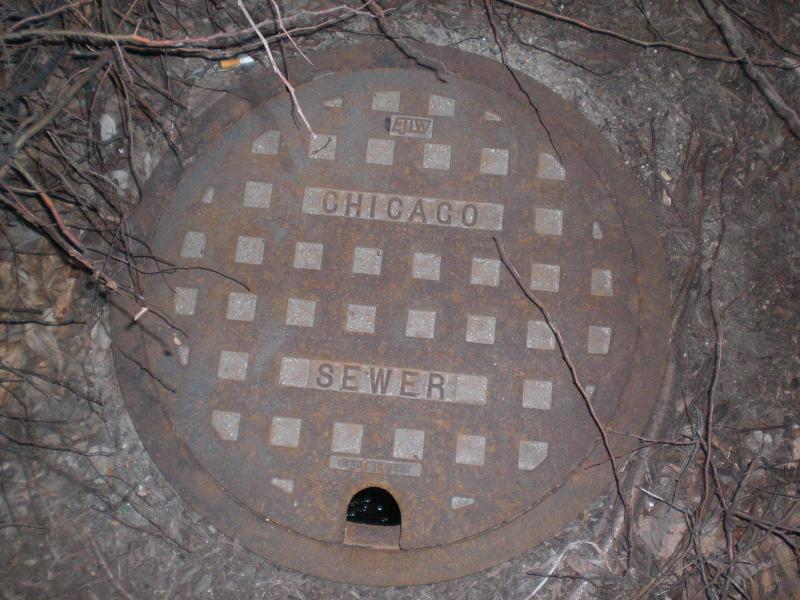 2:38 a.m. Unlike the 1st 1, this 1 actually has a river that goes somewhere. And there are steps! Why didn't the other 1 have steps? I could have forgetted the rope and went down this 1 instead. 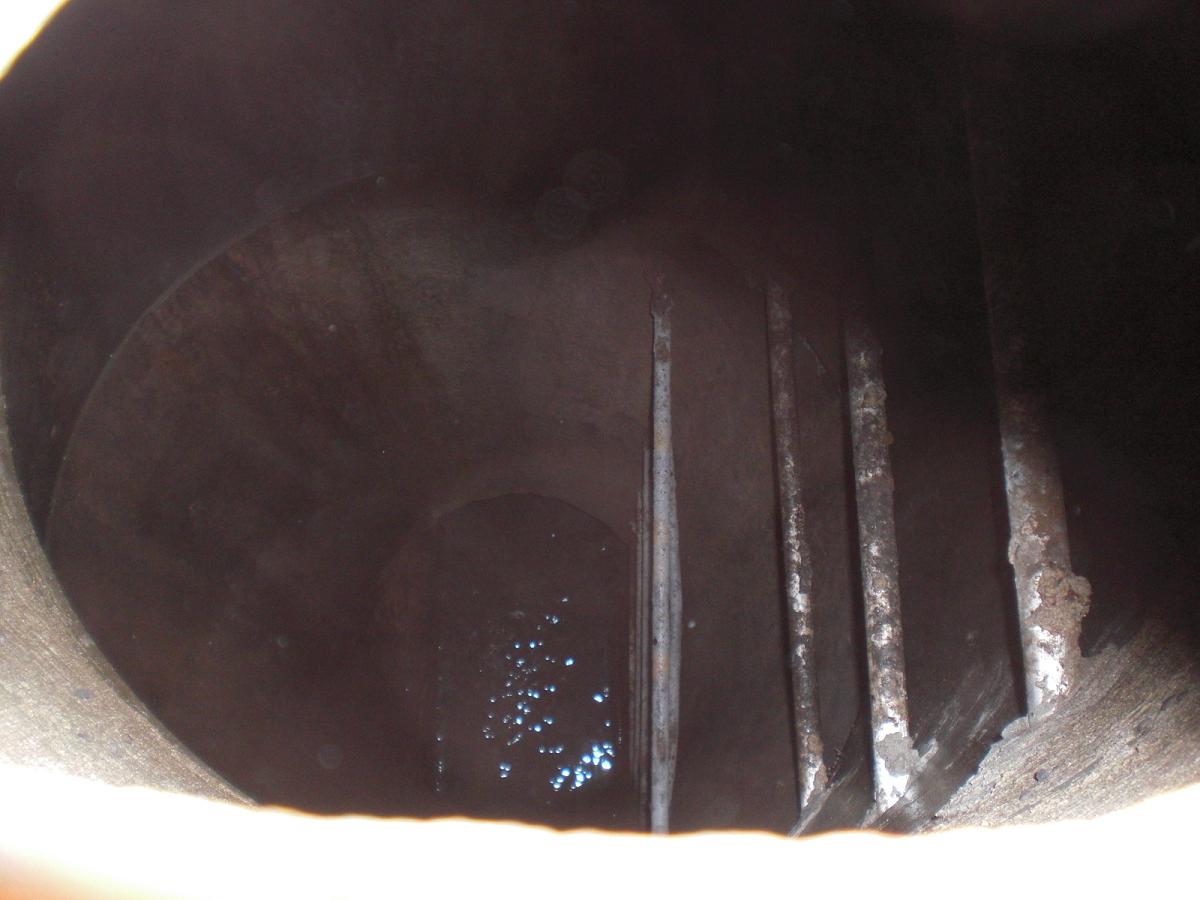 But I chose the other 1 because it was surrounded by bushes. This 1 was just by a tree.

At this point in March, the bushes and trees are leafless. I will have to come back in the summer when the leaves are grown so I can actually hide while preparing to go down, since right now I can easily be a see-through through the empty bushes and trees. And maybe I should come down at 4 a.m. instead of 2 a.m.?

This page may be updated in a few months. In the summer, I can ride the Irving Park bus and scan the entire street for the best location! But anyways, before then, I already found another street to do my exploring next.