Table of The Longest Streets of Chicago

The big 6 in Chicago are Western, Halsted, Ashland, Pulaski, Kedzie, and State. After the big 6, the next longest streets are some 40 blocks shorter.

The biggest cutting factor for longest street lengths are the Sanitary Ship Canal (Chicago River) on the near south side. Only 9 streets have bridges over. From west to east, they are.

If your name did not make the above 9, chances are, you aren't going to be part of the big 6.

But Damen cuts off between Pershing and 46th, splitting it into 2. And California is split into 4 pieces from railroad tracks and the north branch of the Chicago River. So Damen and California are out. We have the following:

See Table of longest streets scaled, with a difference of using combined streets instead.

-Clark, Grand, Chicago, and Cottage Grove are the only words listed twice as different colors, as 2 streets are named Chicago but do not at all intersect.

-Another east-west street and north-south street that have the same name but do not touch is Marquette (6700 S.) and Marquette (2700 E.). The shorter Marquette does not make this list.

-The intersection of Western and 63rd, in the Chicago Lawn neighborhood, is where the longest north-south street meets the longest east-west street of Chicago.

-The longest uninterrupted residential streets (where you cannot turn left or right) are 2 blocks long. They are Artesian, Campbell, and Maplewood, between 40th and 42nd street, in the Brighton Park neighborhood. For east-west, at also 2 blocks long, are 45th street, 45th place, 46th street, and 46th place, between 2400 W. (Western) and 2600 W. (Rockwell), where Artesian, Campbell, and Maplewood, all end in at 45th street, as well as, Maypole and West End, between 3800 W. (Hamlin) and 4000 W. (Pulaski). 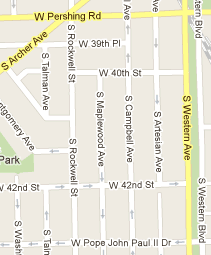 -City Hall officially calculated the center point of Chicago to be the intersections of 37th and Honore in 1977. That's 3700 S., 1832 W. Or between Wood and Wolcott, which is between Ashland and Damen.

-I'm curious to know what the longest alley in Chicago is. Since no city map that I've seen or Google traffic map shows alley, I look for the longest 2 parallel streets. The longert alley is therefore 24 blocks, or 3 miles, between Aberdeen (1100 W.) and May (1132 W.) between 50th and 74th street.

-The longest truly tied streets are Cicero (N) and Marquette, at 72 blocks each.

The 1st sewers are a tie between 3 streets in downtown, in December 1855.

Adjustments can be made to Neal@NealIRC.org. 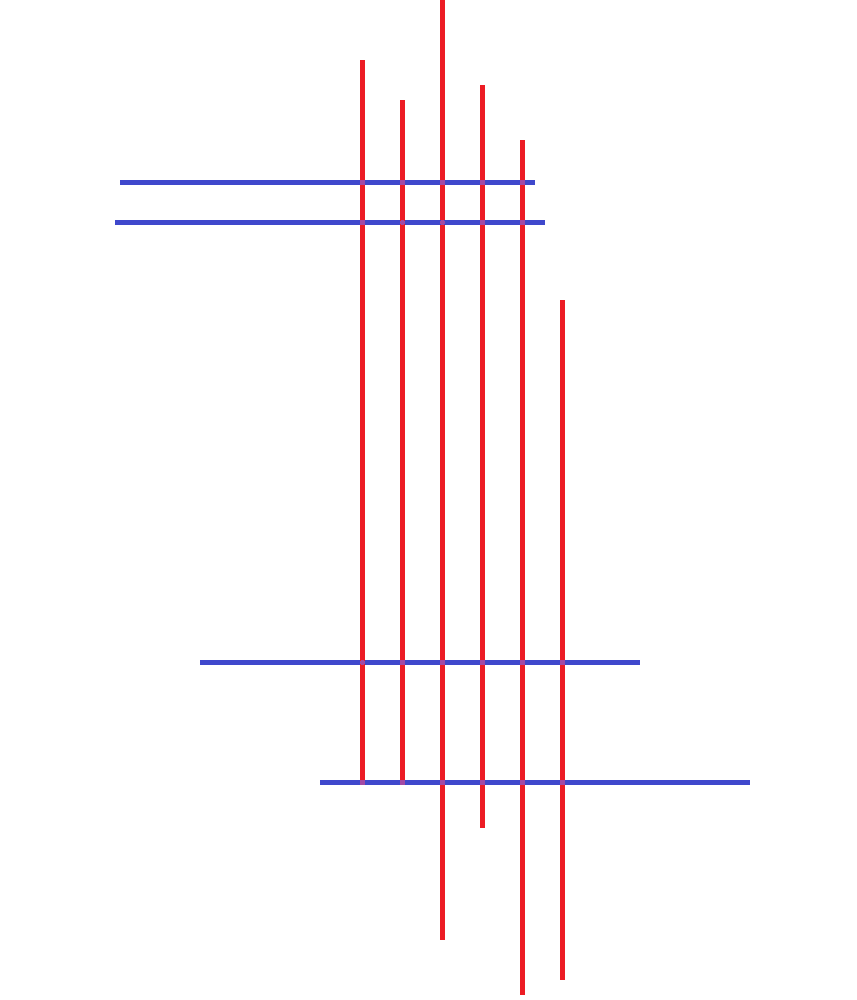