These are photos taken on Pershing Road, going west to east. 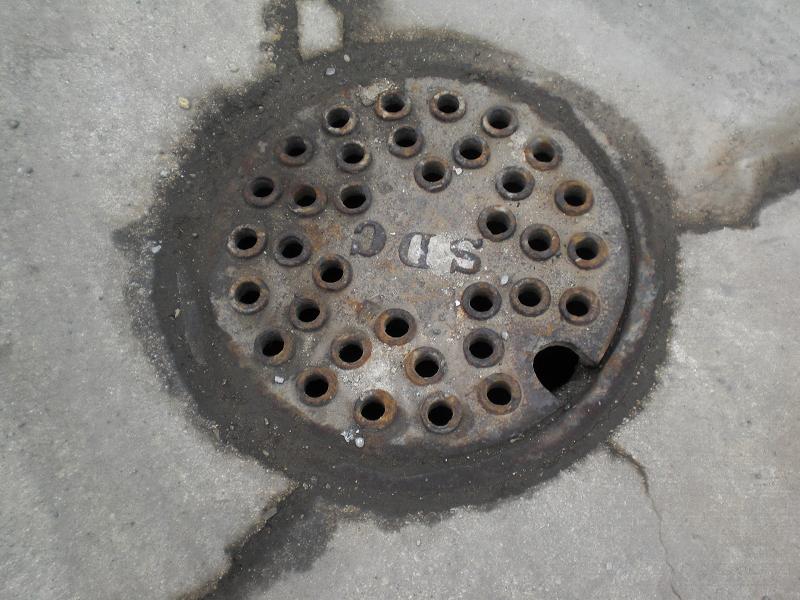 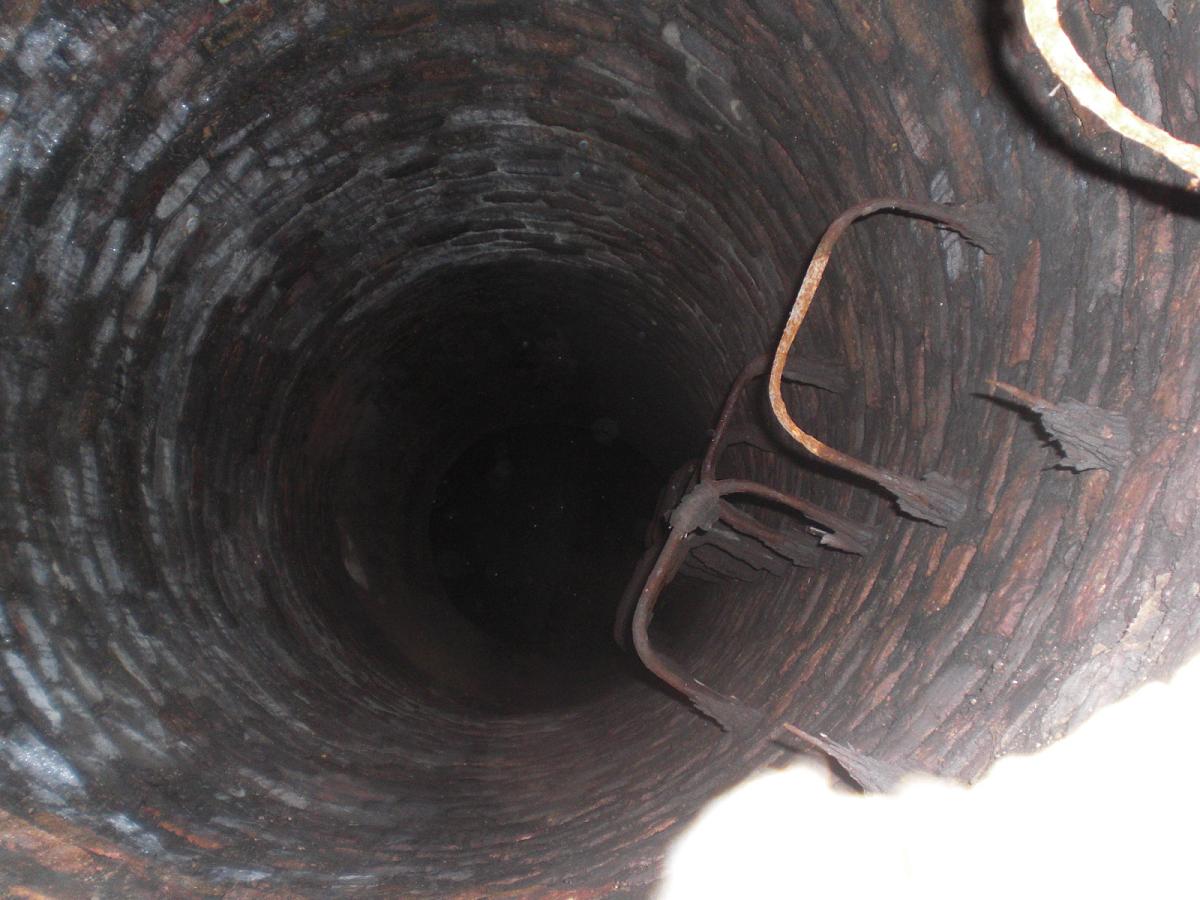 You know, this vertical tunnel looks dangerous. Don't those steps look like they'll easily be break and cut in half? And then fall straight down? 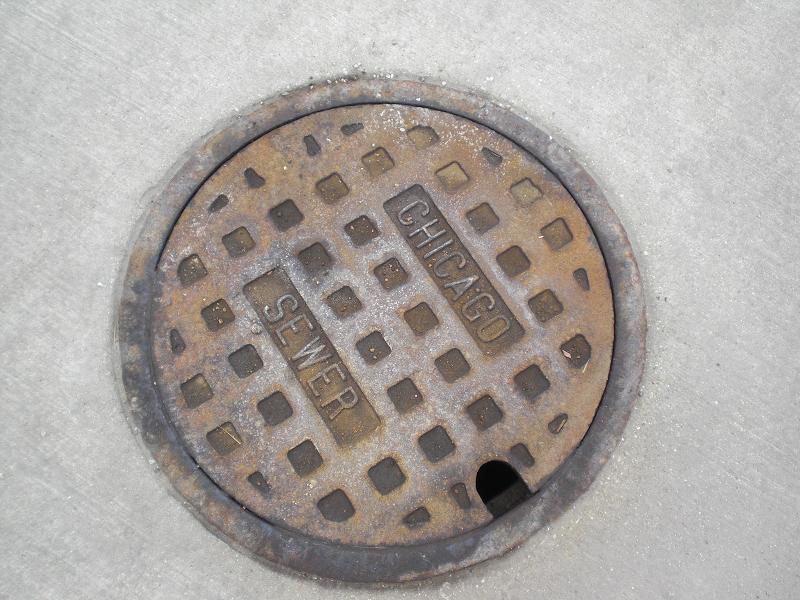 And the view down. 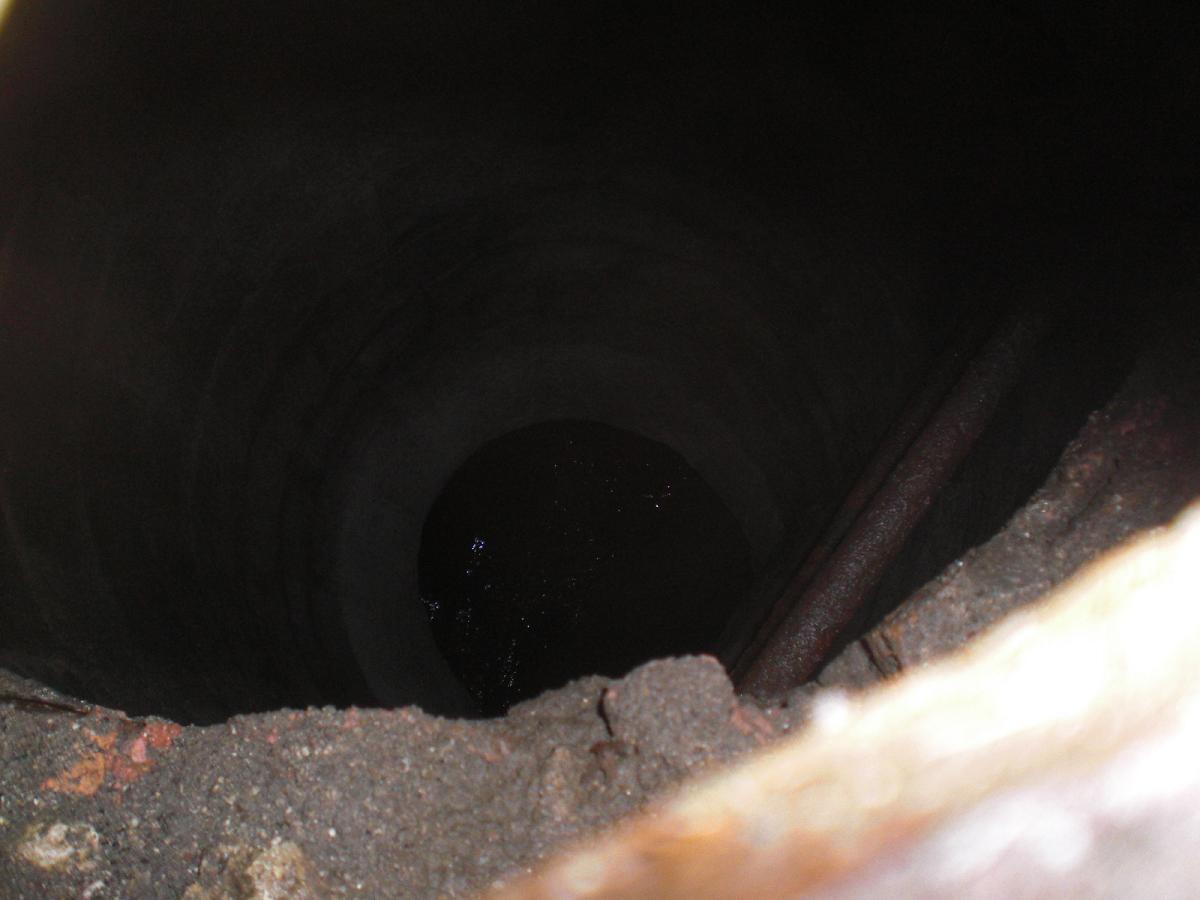 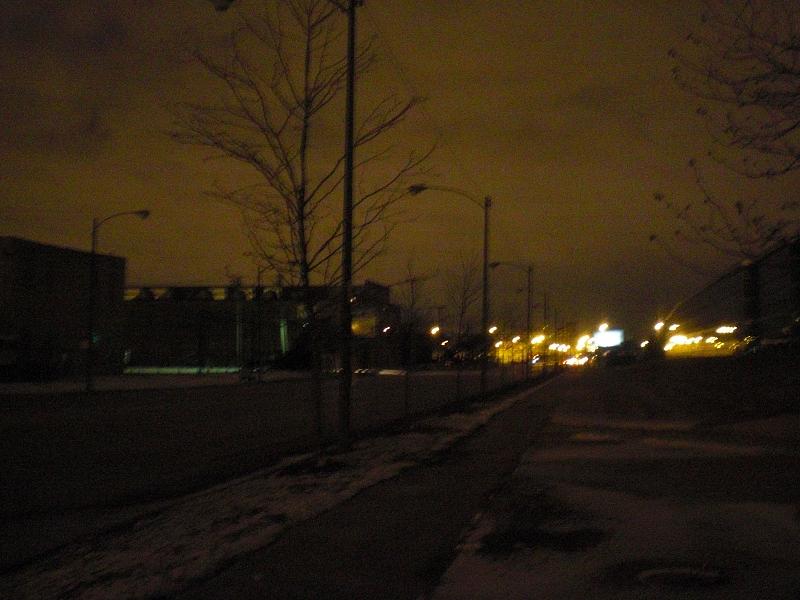 10:20 p.m. This is the view down another manhole. I didn't take the photo of the manhole cover but that's not important. 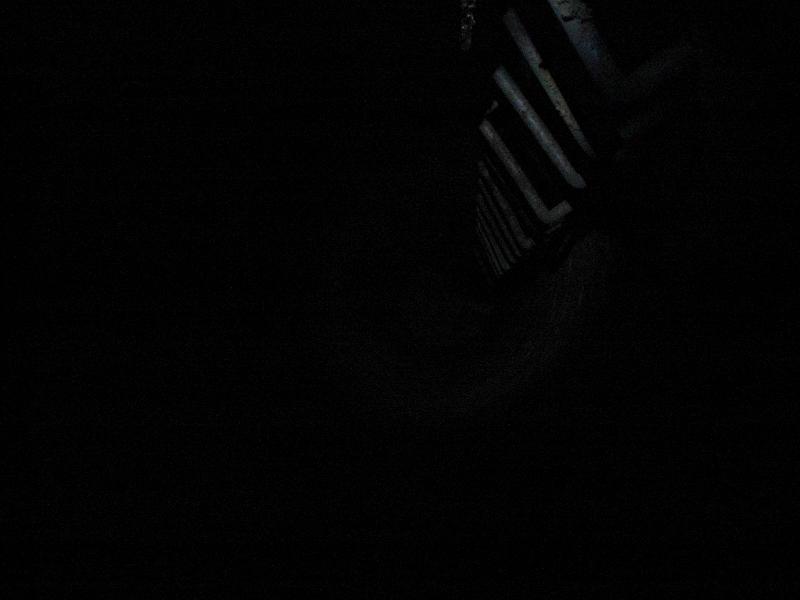 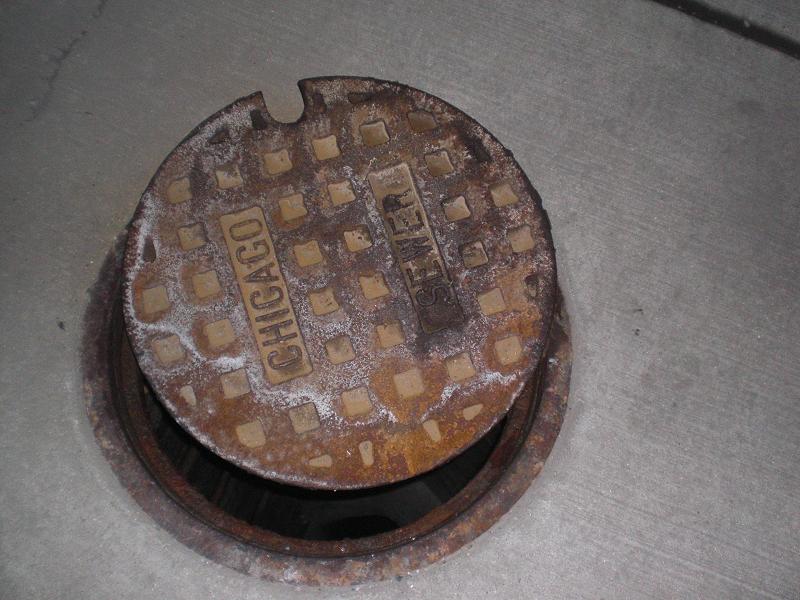 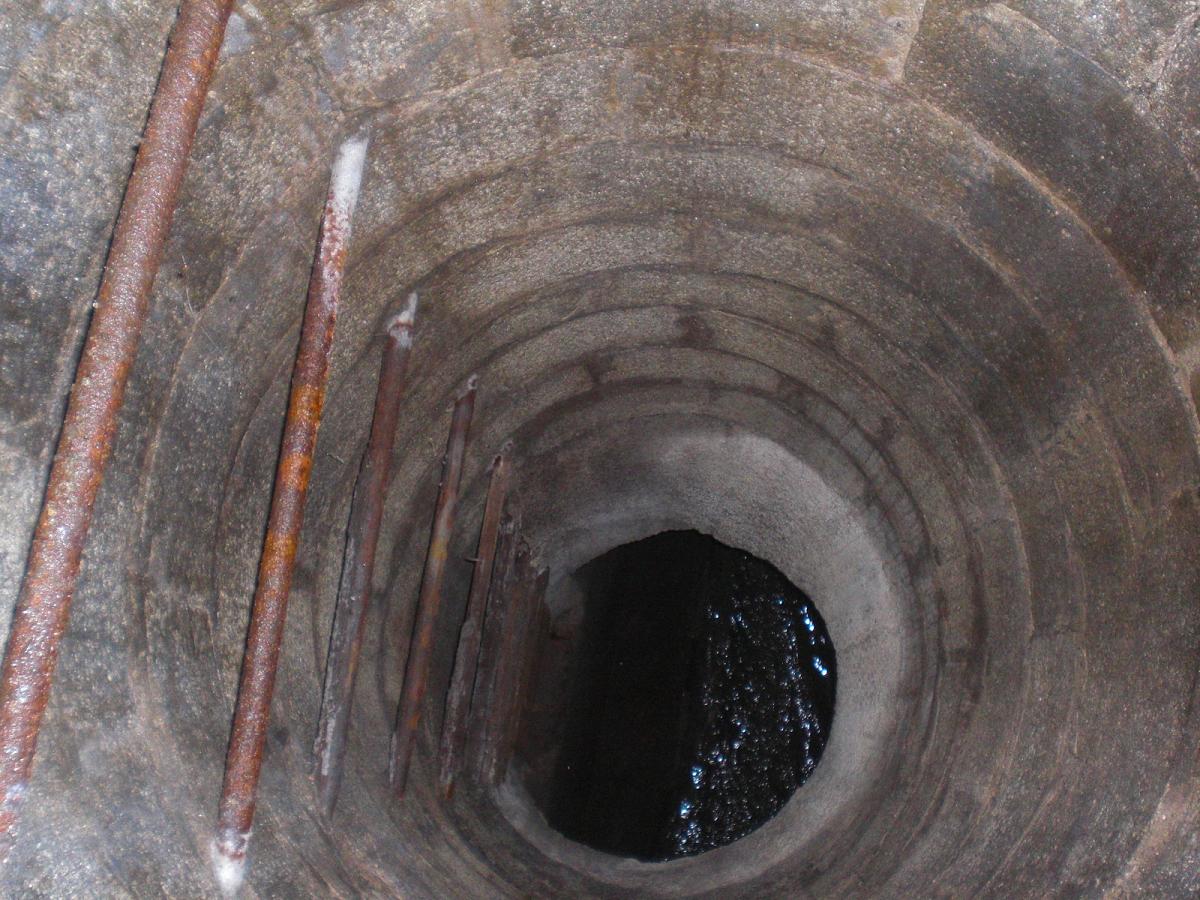 This is the view to the left, where the waterfall sound was coming from. 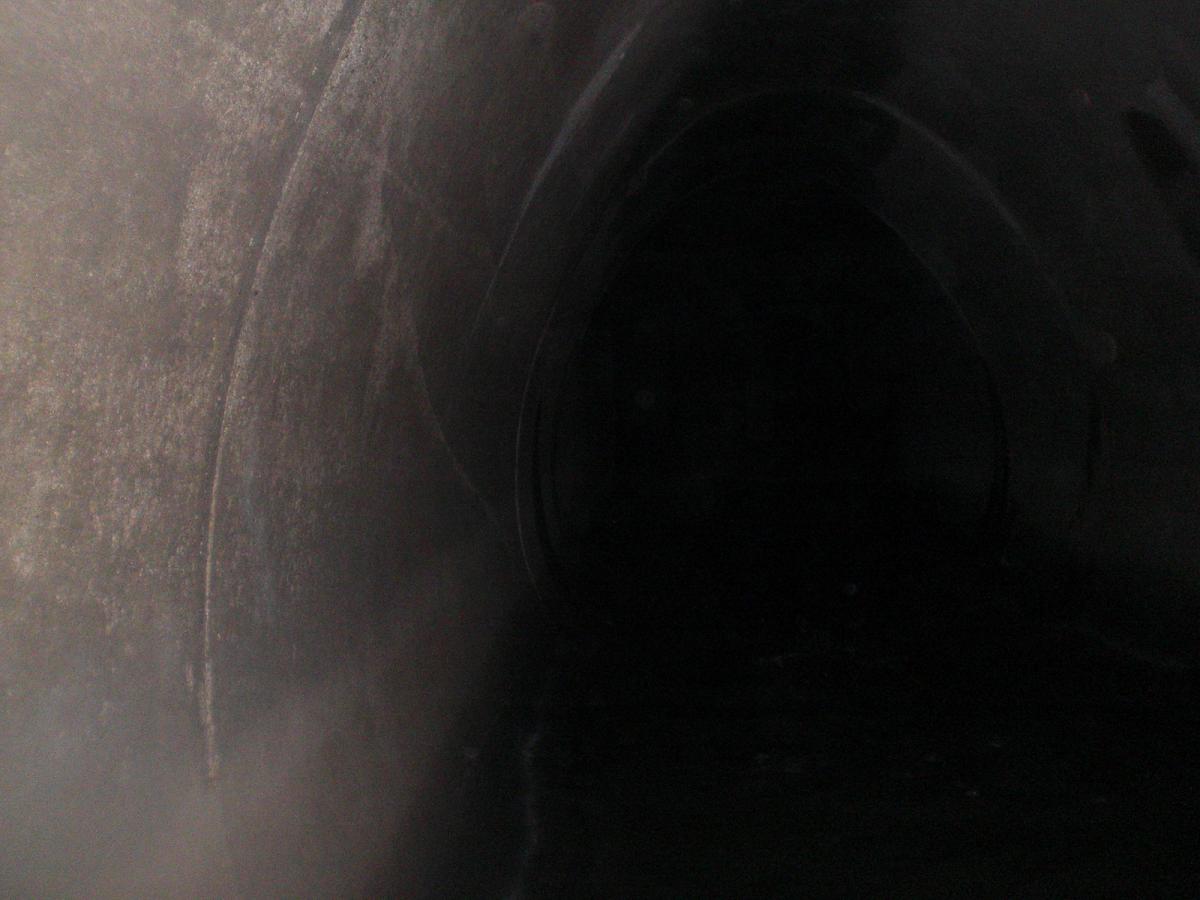 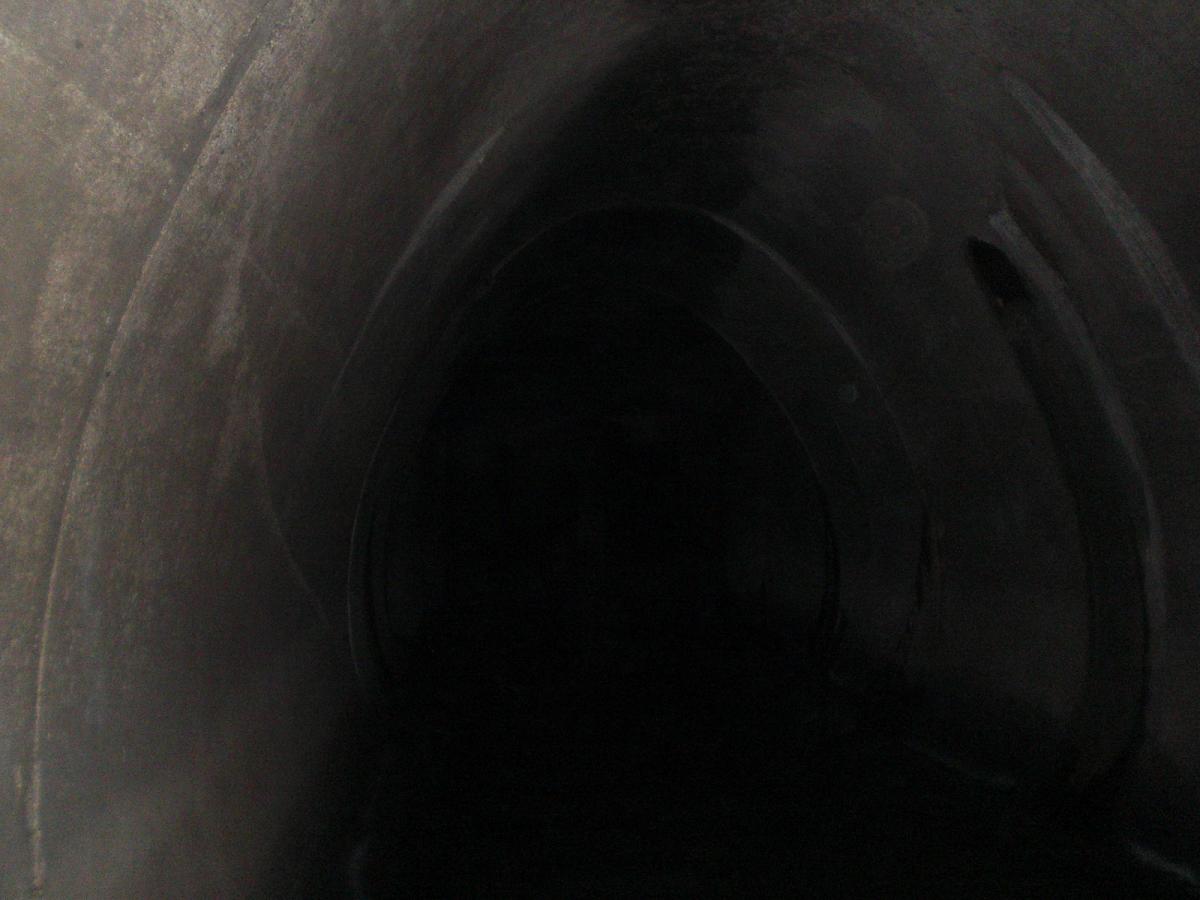 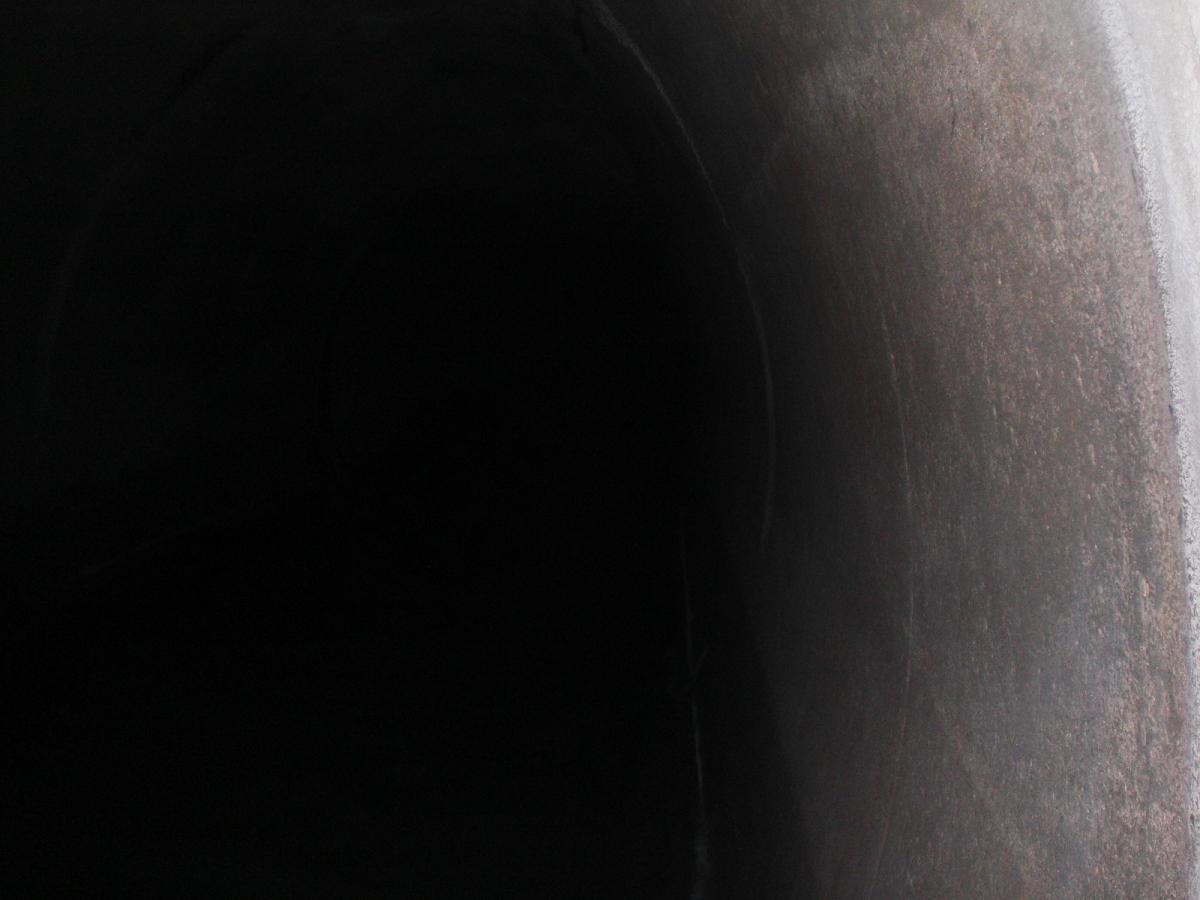 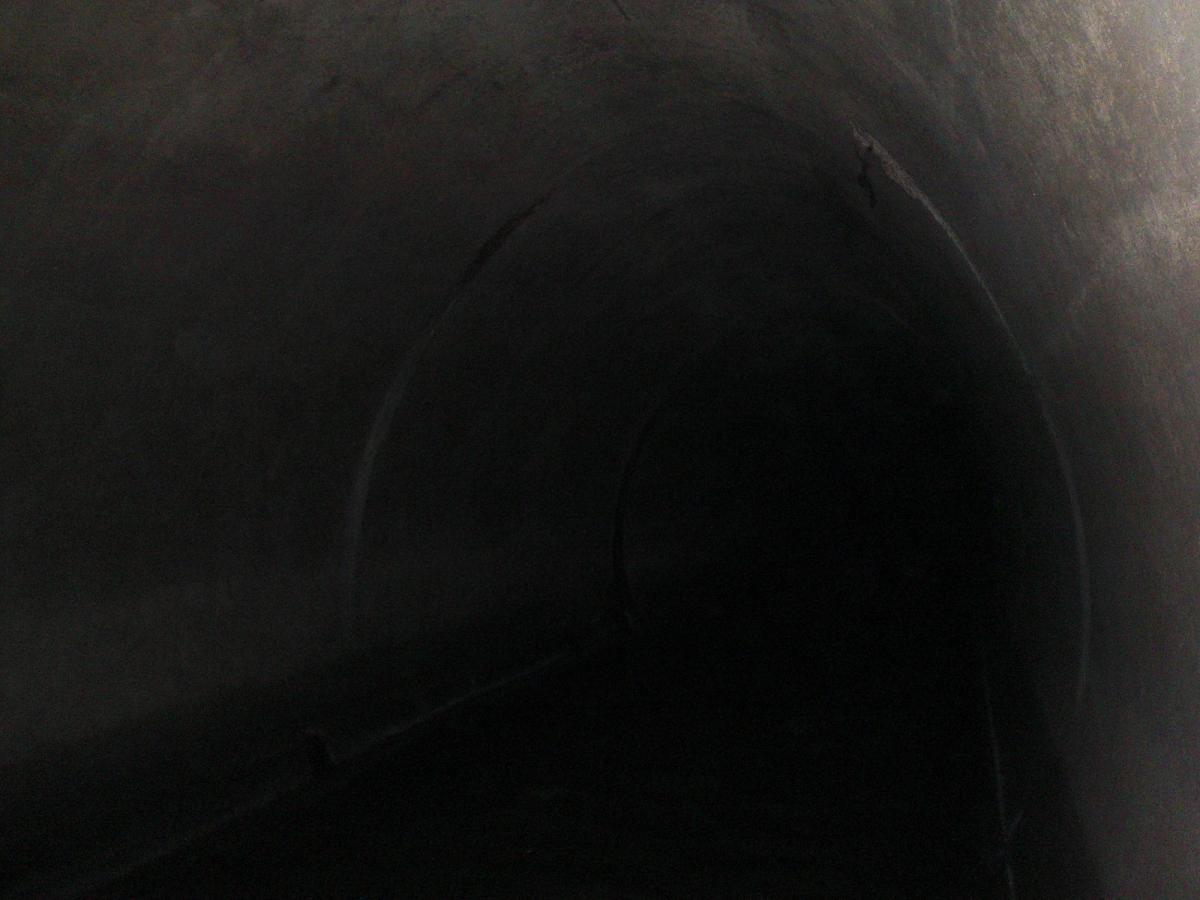 10:29 p.m. But at the left, the tunnel was structured so that I could walk left, probably to the waterfall. 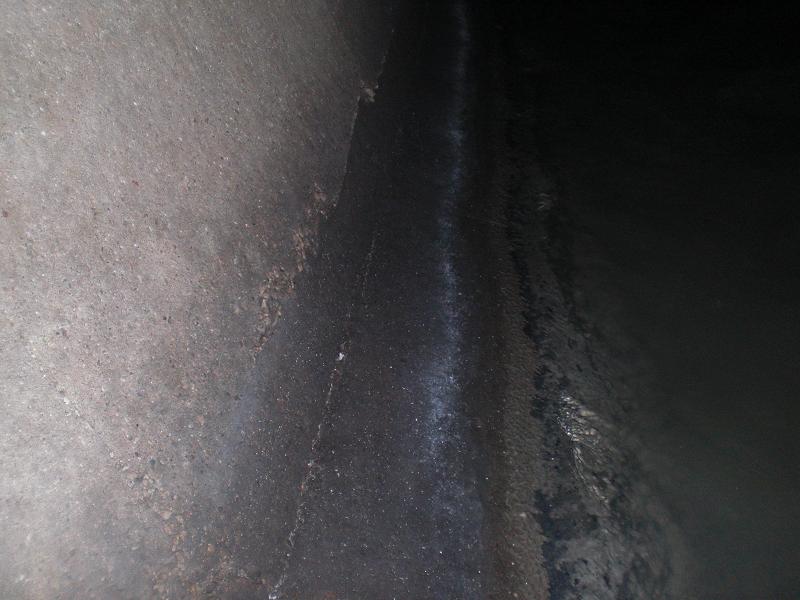 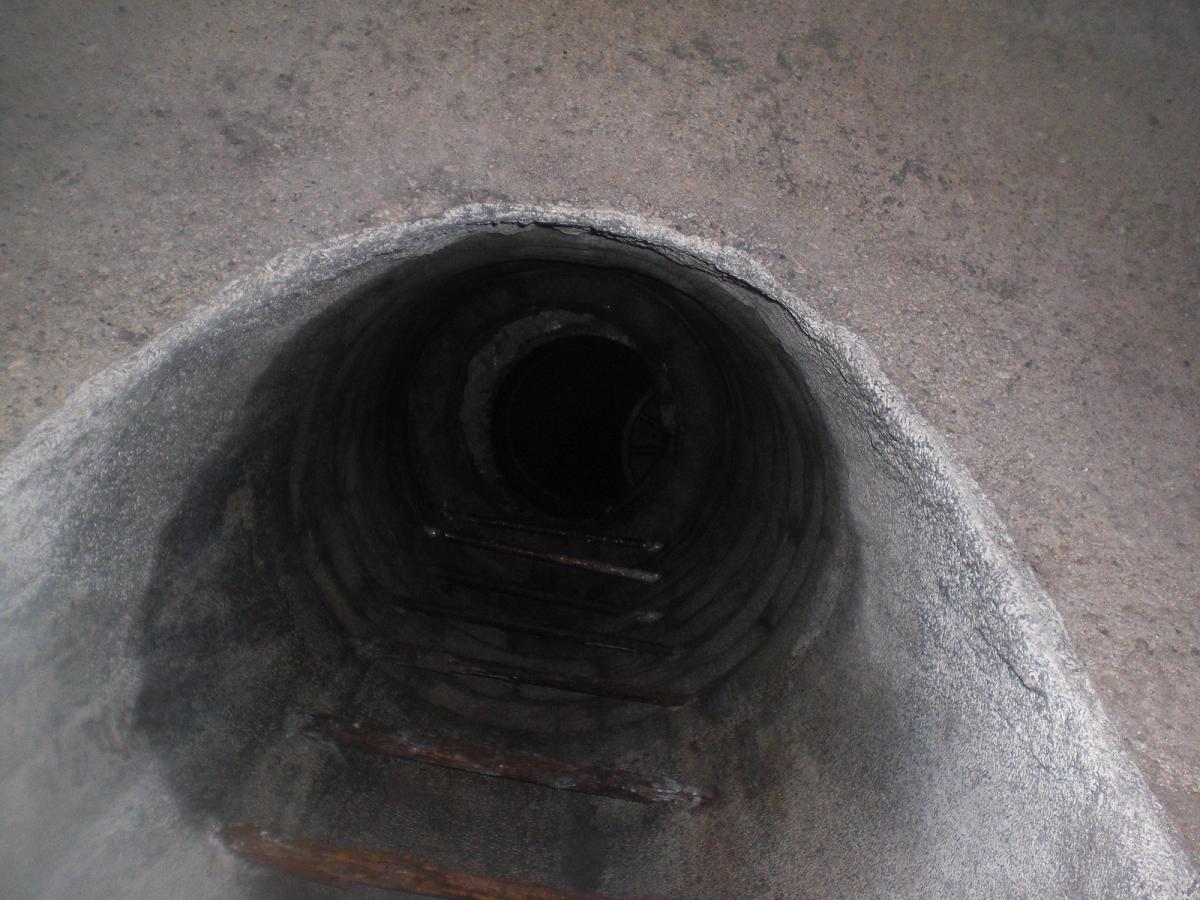 As I left the sewer and peaked my head to the top, you'll never guess what car instantly passed me! The Chicago Police Department! Or at least, a Chicago Police car, but, remember, the manhole cover is to the sidewalk, and the street lights were out (like a power outage or something). However, I knew someone that lived around 6 blocks from that area. He said it was common/often/normal that there were no street lights. I go "Shit, I better run up and close the lid in case that squad car makes a U-turn coming back."

As I continued what would be "left," I came across this moonfaced-manhole that the sound was coming out of. 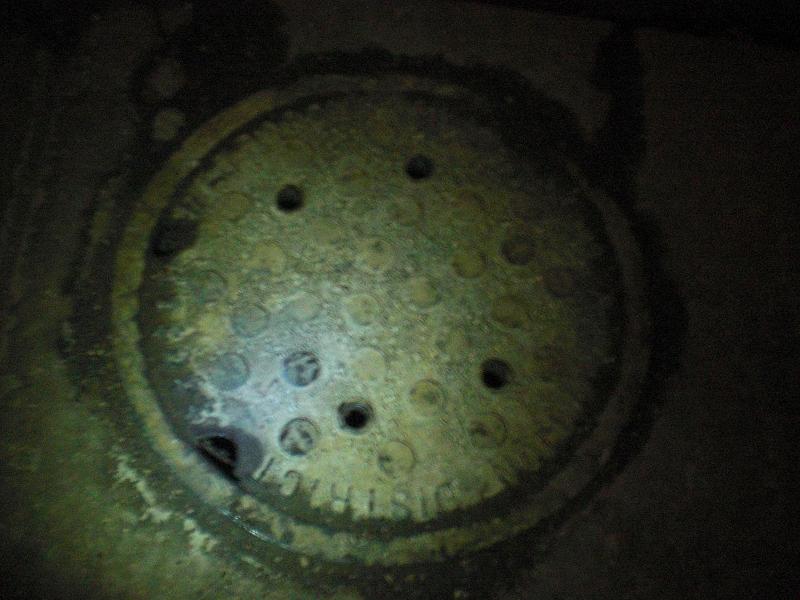 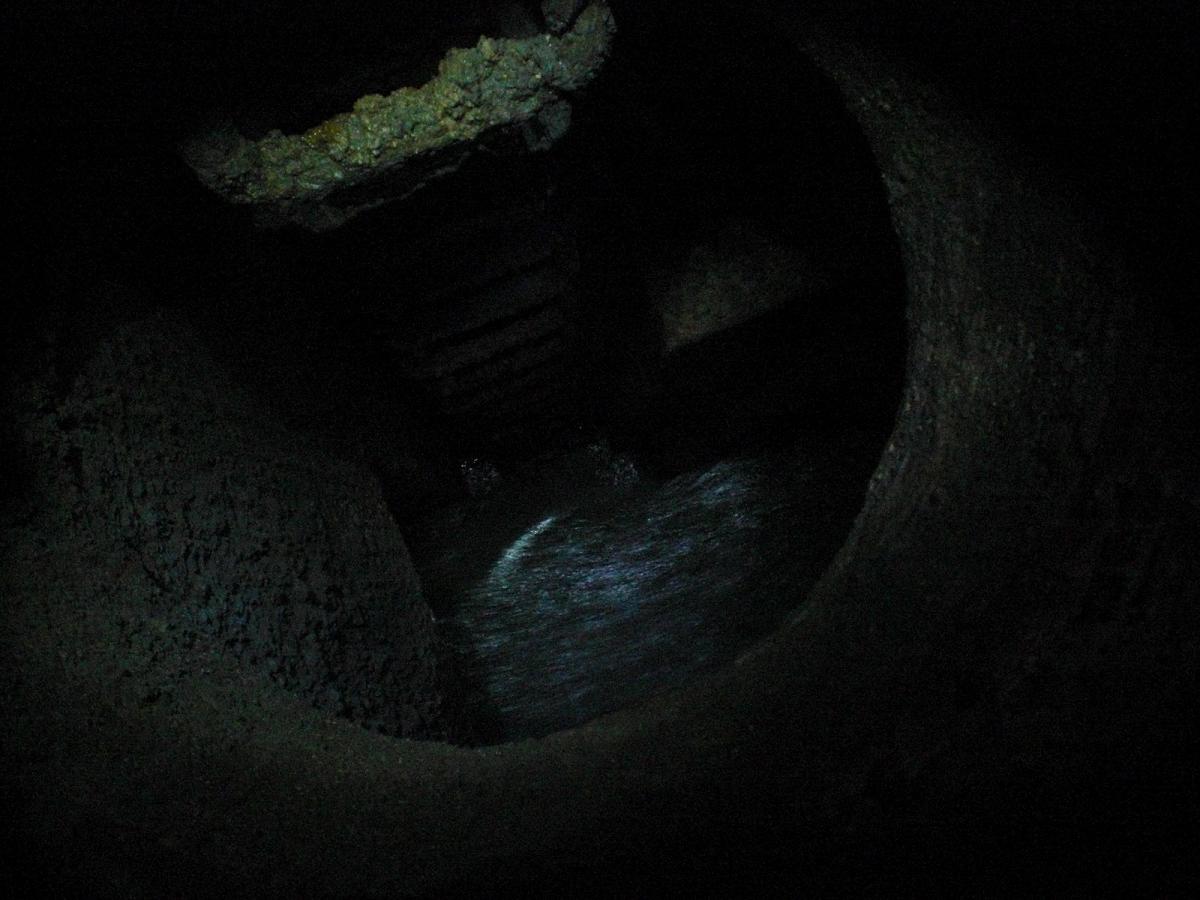 And here is a 5-second video of what it sounds like!